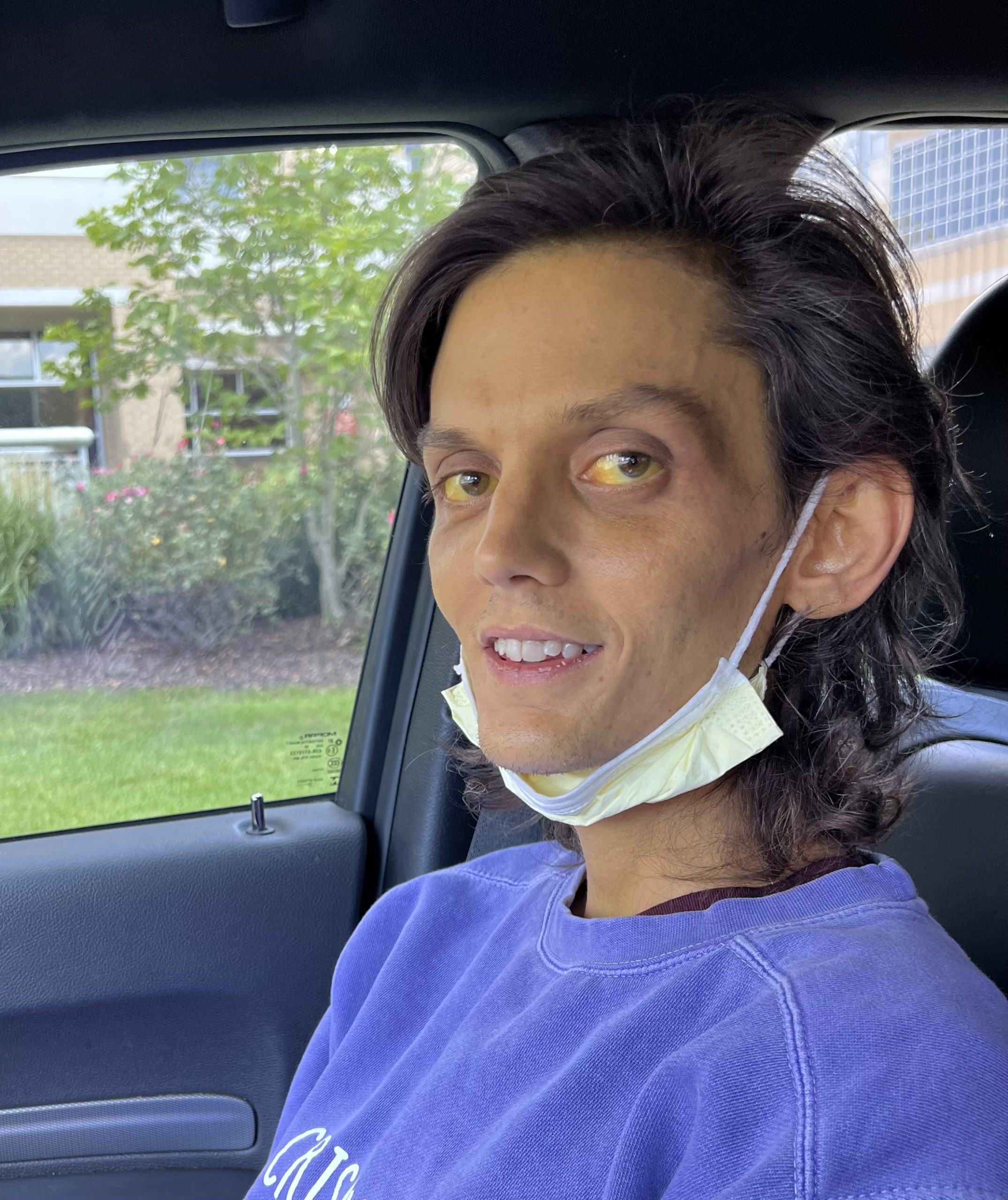 A 28-year-old Neshoba County resident who had to travel to Houston for a liver transplant because of a dispute between his insurer and the hospital that runs the state’s only organ transplant program, received his new liver on Saturday.

“His surgeon actually flew himself back to Mississippi and collected the organ and then flew back to Houston,” Montgomery said.

After a four-hour surgery Saturday night at Hermann Memorial Health System, Lemieux improved markedly: His chest and nasogastric tube were removed, and he was able to eat and take a few steps Monday. By Tuesday, he was doing laps around the hall at the hospital, Montgomery said.

Montgomery posted a photo of Lemieux’s hands two days before and two days after surgery on her Facebook page. The first hand has a dark yellow color, the second has a normal skin tone.

Lemieux, who was diagnosed with liver disease 10 years ago, was admitted to the University of Mississippi Medical Center in early July after suffering excruciating stomach pain and high bilirubin levels, which turned his skin and eyes yellow. His 6-foot-2 weight was less than 130 pounds, and the weight continued to drop.

He was told he had active liver failure and needed a transplant immediately. But UMMC has been unable to do so because of the hospital’s long-running contract dispute with Blue Cross & Blue Shield of Mississippi, which has left the state’s largest hospital out of network with the largest private insurer since April 1.

While the two sides are currently in mediation, there is no resolution in sight.

After the family got the call Thursday night, Montgomery and her husband, who own their own business in Philadelphia, closed their bakery Friday to drive 450 miles to Houston. Montgomery said she expects her son to be released from the hospital by Monday. Before they do, they will give her and other members of his family instructions on how to care for him.

“He has to have round-the-clock care, 24/7, and has to go back to the doctor twice a week for four weeks,” she said.

While Lemieux’s father and stepmother live in Houston, the rest of his family — including six of his seven siblings — is in Mississippi. Montgomery said she plans to be in Houston every other week and will travel back and forth for the foreseeable future. Lemieux will likely have to stay in the Houston area for at least a year.

Montgomery said caring for Lemieux while he is so far from their home will be a balancing act.

“It’s hard to be nine hours away, especially when I’m self-employed. But clearly Kaden’s health and well-being is our top priority,” she said. “So we just have to make it work.”

Editor’s note: Kate Royals, public health editor of Mississippi Today since January 2022, served as a writer/editor in the UMMC communications department from November 2018 to August 2020, writing press releases and features about dental schools and medical center nurses. A longtime journalist in Mississippi’s top newsrooms, Royals worked as a reporter for Mississippi Today for two years prior to her UMMC job. At UMMC, Royals was in no way involved in management decisions or anything related to the medical center’s relationship or contract with Blue Cross and Blue Shield of Mississippi.