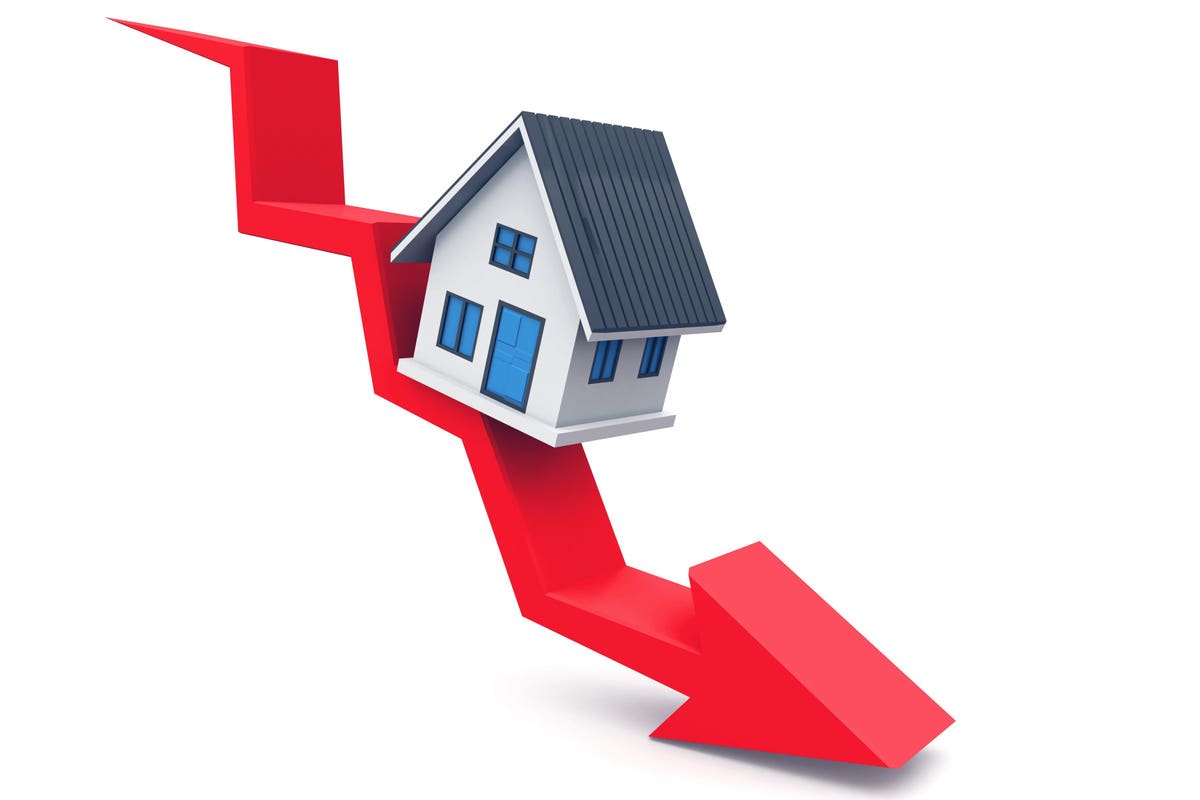 Calculated second quarter gross domestic product (GDP) data released on Thursday shows that the US economy is teetering on the brink of recession, with an overall decline in inflation-adjusted GDP of 0.2%. If we do get a full-blown recession, it will be due to a sharp decline in housing investment, which fell 14% for the quarter.

Fed a rapid series of interest rate hikes has been the most aggressive in nearly three decades, and they are hitting housing particularly hard, pushing up mortgage rates and disenfranchising many potential buyers. Mortgage rates for 30 years rose from 3.22% in early January to 5.3% in late July, adding hundreds of dollars to homebuyers’ monthly payments.

Builders are seeing a decline in the number of qualified buyers and in turn stop construction. Rising interest rates also directly hurt builders by increasing the cost of borrowing money for construction.

This is reported by the National Association of Home Builders trust among single-family home builders fell to its lowest level in two years, seeing the “biggest one-month drop” in their confidence index outside of the start of the COVID-19 pandemic. This lack of confidence of the builder is manifested in a drop in permits for new single-family homeswhich fell 8% in June to its lowest level in two years.

The result? Fixed Capital Investment (RFI) fell 14% in the second quarter, a very sharp drop and about a quarter of the overall decline in gross private domestic fixed investment. (Investment in apartment and industrial housing, part of the RFI, also fell.)

This may sound like bad news to many of us, but that is exactly what the Federal Reserve wants – to cause a sharp economic slowdown and possibly a recession in order to control general inflation. Many economists oppose the Fed’s actions, saying a recession is more damaging than the current rate of inflation, especially because inflation does not appear to be driven by wages.

We may not get a full blown recession. Economist Robin Brooks The Institute of International Finance tweeted that “the US is NOT in recession.” He said housing is in “meltdown” but private consumption growth is in line with the pre-Covid-19 trend.

Economist Klaudia Sham cites research showing that while low-income families suffer from inflation, job loss hurts them more, and the negative effects of high unemployment last “for years.” I job losses are felt more strongly among “men, blacks and Hispanics, youth, and workers with low levels of education,” which affects low-income children.

Forbes contributor Teresa Ghilarducci recently asked: “Why is the Federal Reserve going to war with workers?” She argued that the Fed was using “old and outdated thinking” based on the oil shocks of the 1970s and ’80s, but noted research linking our current inflation to supply chain problems caused by the pandemic and energy prices driven by unwarranted Russia’s invasion of Ukraine. None of these factors will be reversed by rising unemployment.

But the Fed fights inflation with the blunt instrument of raising interest rates. And as the old saying goes, “when all you have is a hammer, everything looks like a nail.” So the Fed is fighting back with the only tool it has.

The sharp drop in housing investment in today’s GDP figures shows the impact of the rate hike, with the decline in investment likely to continue as fewer buyers and more expensive construction loans reduce new home construction. Ironically, in the long run this will lead to a decline in housing supply, and the supply shortage will drive up rents and house prices, supporting inflation. So the Fed may not get what it wants in terms of inflation, even if its rate hikes continue to hold back homebuilding.