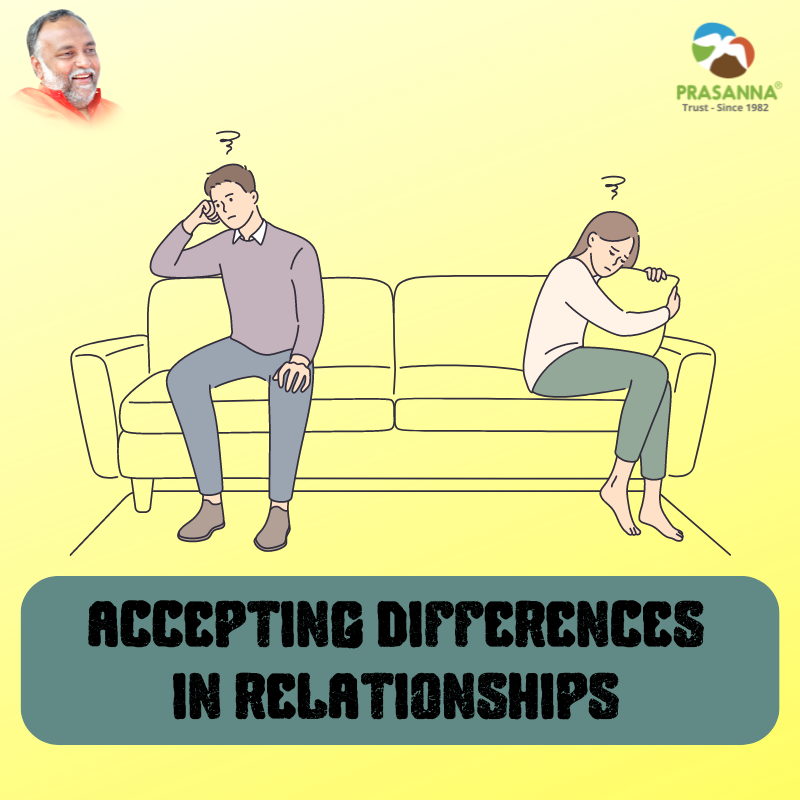 Over the years I have seen that one of the main causes of marital problems is the belief of some couples that they should not have any differences of opinion! How can two people who were born and raised in different circumstances have the same opinion on so many family issues?! Whether it’s deciding how to spend your vacation, what to buy with bonus money, or even where to go for dinner, there are bound to be differences! But most couples cannot agree with this.

In such situations, it helps if one of the partners has a good sense of humor, with which they can relieve the tension. But not everyone uses humor wisely. Often some people indulge in ridiculous humor for the sake of humor and it ends badly for them! Like a husband who once joked that he was trapped in a marriage. The wife angrily reminded her husband that it was he who chased her everywhere. I followed her to the bus stop, to the office, home, everywhere. Unwilling to stop joking, the husband reasoned that what she said was true. But he cheerfully added: “The trap never runs after the mouse! It’s a mouse running into a trap!’ Can you guess what kind of flare that would cause?

Another cause of quarrels between couples is that they consciously or unconsciously use comparison. They end up comparing themselves to other friends, family members, those who are better off financially, those who go on board vacations, etc. But comparison is also a surefire way to make sure there are fireworks going off in the house!

Let me tell you a Zen story.

A Zen monk once traveled to a neighboring country and his presence attracted a large number of people. From morning till evening, many came to simply bow at his feet and worship him.

This became unbearable for the commander of the army of this country. He approached the monk and said, “I am a samurai of this country. I have thousands of soldiers under my command. But you, almost like a beggar looking for someone else’s next meal, are more respected and respected than I am! how is it I feel sick and jealous looking at you.”

The monk took him out of the hermitage. It was a full moon day. He pointed to the moon and asked, “What is it?” The samurai insisted, “The moon.”

The monk then pointed to a rose blooming in the garden and said, “What is that?” The samurai said, “Rose!”

The monk smiled and nodded. “Does this rose ever compare itself to the moon and say, I am not as white and bright as you? The moon looks at the rose and says: why am I not as colorful as you? A rose possesses one beauty, while the moon is beautiful and pleasant in another sense.

Even before the monk stopped speaking, the samurai understood the truth. With moist eyes, he apologized to the monk and left in peace. He understood that each person is unique in his own way.

To truly experience the richness of relationships, we must learn to accept ourselves and others, no matter how different we are. Then we can truly enrich our lives and the lives of others.