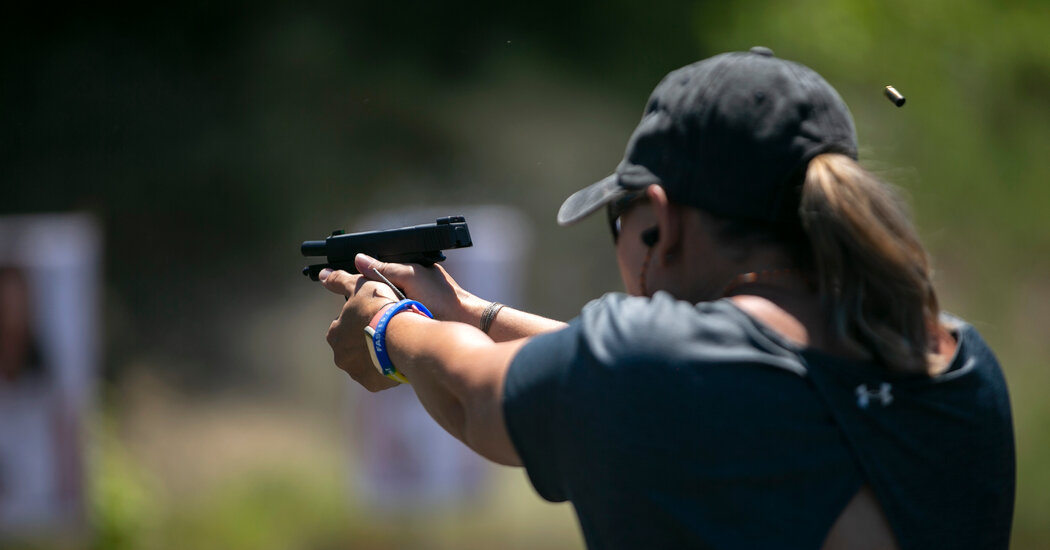 At Sandy Hook Elementary School in Newtown, Conn., in 2012, the first 911 call was made in about five minutes, and first responders arrived at the school less than four minutes later. Nevertheless, 20 children and six adults died. In Parkland, Florida, a gunman killed 17 people in less than six minutes.

Even in Uvalde, where police were criticized for waiting on the scene for more than an hour, the gunman is believed to have fired more than 100 shots in the first three minutes. according to a government report.

“Timing is of the essence,” Mr Irwin said. “It’s that simple.”

Of the school’s eight staff members who were trained, Mandy was somewhat of an anomaly. She was the only woman in the group. A few others were administrators—a superintendent, a principal—rather than teachers.

In other ways, she was typical.

Everyone had some sort of comfort with guns. Mandy described hunting with her husband and shooting at a shooting range on the weekends. She said she has taken other firearms classes, including concealed carry training, which is one of the prerequisites for participating in FASTER.

Like others, she worked in rural areas where carrying guns in schools is more common, in part because of longer police response times. One group in training in Oklahoma estimated that the response time in its area was at least 22 minutes.

“The last thing I want is for people to think we’re just a bunch of gun-toting teachers who want an excuse to carry guns in schools,” said Mark, a middle school teacher in Ohio, who described measuring a hallway at his school to determine how far he needed to learn to shoot.