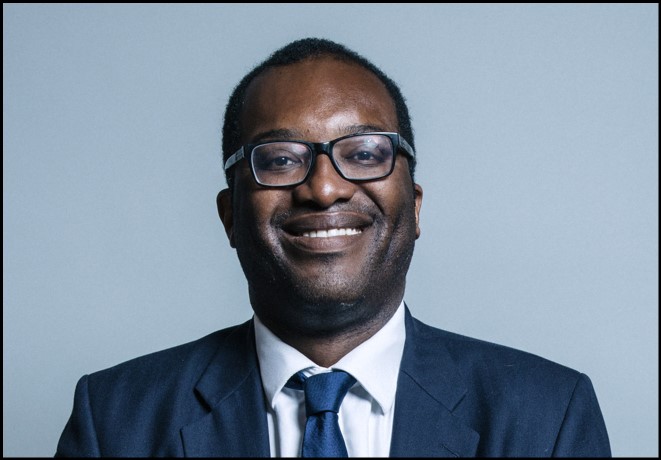 Yesterday (September 22), as the new government gets back to work and ahead of today’s ‘mini-budget’, the 5% Club called for greater transparency, ease of access and efficiency in the tuition fee system.

In particular, it wants assurances that all funding created by the Levy is used most effectively in the apprenticeship system, and that unspent funding – around £600m a year and growing – is safeguarded, managed independently and does not ‘go back to the Treasury’ “. Beyond these reforms, the 5% Club also believes that the minimum wage for apprentices should be abolished and that they should be protected by the same living wage legislation as all other workers; it eliminates the practice and any notion of encouraging wage suppression.

Club 5% sent letter to the new Chancellor, the Rt Hon Kwasi Kwarteng MP, outlining our seventeen recommendations that we would like to consider to reform and improve the use of the Apprenticeship Levy. A delay in observing a period of national mourning in the UK following the death of Her Majesty Queen Elizabeth II, we hope that by submitting it now, the new government will be able to consider it when he returns to work.

In developing these proposals, we consulted our more than 750 members and all those employers subject to the English Apprenticeship system and were ready to provide comments. We are also working closely with colleagues at the Chartered Management Institute, who are also presenting the reform today; while our sentences have a slightly different focus, the sentiment and overall intent is very much the same. This is to make better use of the funding generated by the Apprenticeship Levy, to make it easier and more accessible, and to ensure that it is spent appropriately for the benefit of all workers, regardless of their personal identity, characteristics or social background.

In his Spring Speech (delivered in the Houses of Parliament on 23 March 2022), former Chancellor Rt Hon Rishi Sunak MP highlighted how far we in the UK lag behind our international peers when it comes to adult technical education and pledged to ‘review’ , whether the current tax system, including the effect of the Apprenticeship Levy, is sufficient to encourage businesses to invest in the right types of training.

Earlier this year, The 5% Club examined Levy’s work and the effectiveness of the Department for Education’s funded apprenticeship program through a series of Freedom of Information requests. Responses to these inquiries noted the following:

The Department for Education (DfE) provided funding for the training – based on forecast revenue from levies, HM Treasury provides a fixed annual ‘separate’ budget for apprenticeships (covering tax-exempt employers) which has risen from £2 billion in the 2017/18 financial year to £2.5 billion in the 2020/21 financial year. – growth of 25%, slightly lower than the growth of revenues. This funding is set to rise slightly to £2.7bn in the period to 2024/25, as shown in the Budget and Spending Review announced last December – an increase of just 8% over 4 years.

Underspending of the DfE Apprenticeship Budget – education spending is demand-driven and there is an increasing underspend in the allocated budget, which has increased from £424m in 2017/18 to £604m in 2020/21 – a persistent underspend in the region of 20-25%.

Employer expenses that are not recoverable – this aspect of the scheme, which targets employers with a payroll of less than £3m, has increased from £189m in 2017/18 to £557m in 2020/21 – almost a three-fold increase, although still just about 20% of the available budget.

Co-financing costs – this area (which shows the cost to taxable employers who have spent their levy funds) has increased from £10m in the 2017/18 financial year to £95m in the 2020/21 financial year – it has now risen to 4 % of available budget.

Other considerations include the changing nature of apprenticeships, particularly as a function of age and level of apprenticeship. The 5% Club relied on the following statistics published at the end of March 2022:

Student Age – Under-25s continue to be the dominant age group in apprenticeships, consistently representing 50-55% of all participants. People under the age of 19 are more likely to choose secondary or advanced education and are very unlikely to be offered higher education. In contrast, at the age of 25+, the majority complete higher education, while a minority (less than 15% complete a secondary level course).

Given this background information and an opportunity to provide constructive comments, the 5% Club asks the Chancellor to consider the following:

National sustainability. In these challenging times, as we address both the short- and long-term challenges and opportunities of our age, the UK needs a world-class education and skills system capable of engaging every person, enabling them to reach their full potential and contribute positively to society through the world work. This system needs both to provide skills that are very much needed in many sectors today, and to develop rapidly in response to the changing nature and needs of tomorrow’s economy.

Apprenticeships will be a key component of this system – at every stage of ‘lifelong learning’ – and we must ensure that the funding generated by the Apprenticeship Levy is maintained and used effectively for the benefit of the country. We have proposed a number of ‘transformational adjustments’ to the notional ‘fee management system’ which deserve consideration and which we believe will ensure that the right schemes are delivered to the right place, to the right people, at the right time.

Increase productivity. The UK continues to lag behind the rest of the developed world in terms of productivity and we believe that developing the skills of the workforce is an integral part of the solution here. But this requires an approach that favors employers, reducing complexity without adding additional layers of bureaucracy and administration. The system should be encouraging, not discouraging – in terms of time and resources – and should be based on business realities, including the need to maintain cash flow, the lifeblood of investment and the innovation needed to improve productivity. We have proposed a number of measures for consideration.

Level up. It is widely recognized that ‘talent is everywhere, but opportunity is not’, and that restoring parity of opportunity to all – regardless of personal characteristics and circumstances, and agnostic of location – is an essential driver of improvement. We believe that adjustments can be made to the Levy management system that will support this national agenda and ensure that the funding available can deliver the skills needed through a truly inclusive and affordable approach.

In addition to these measures, the 5% Club also suggested that it was time to scrap the national minimum wage for apprentices. This proposal is made to improve ‘parity of respect’ in the path to work and to remove any stigma and perception that apprentices are of lesser value to all other workers in our society. The 5% Club believes there are many other ways to encourage employers to hire apprentices and believes it is time to reverse this approach of encouraging wage suppression.

Commenting on the proposals presented, Mark Cameron OBE, CEO of The 5% Club, said: “Following the former Chancellor’s Budget speech, there has been much commentary from the sector on the current system, its evolution – including the lessons that can be learned from previous performance, from to the 1950s – and some excellent suggestions for improvement. We took the obvious passion, energy and desire for reform and sent constructive options to the chancellor for consideration. We are particularly keen to see greater transparency and ease of access within the system, and to ensure that all funding created is used fully and effectively, and that any surplus is retained in a new, independently managed fund which is used for the benefit of the apprenticeship system, apprentices and their employers . This is important given the ongoing lack of funding and the changing nature of apprenticeships – unlike mid-level, which remains a key source in the Skills ecosystem.”

Deutsche Telekom is developing holographic technology for our metaworld future