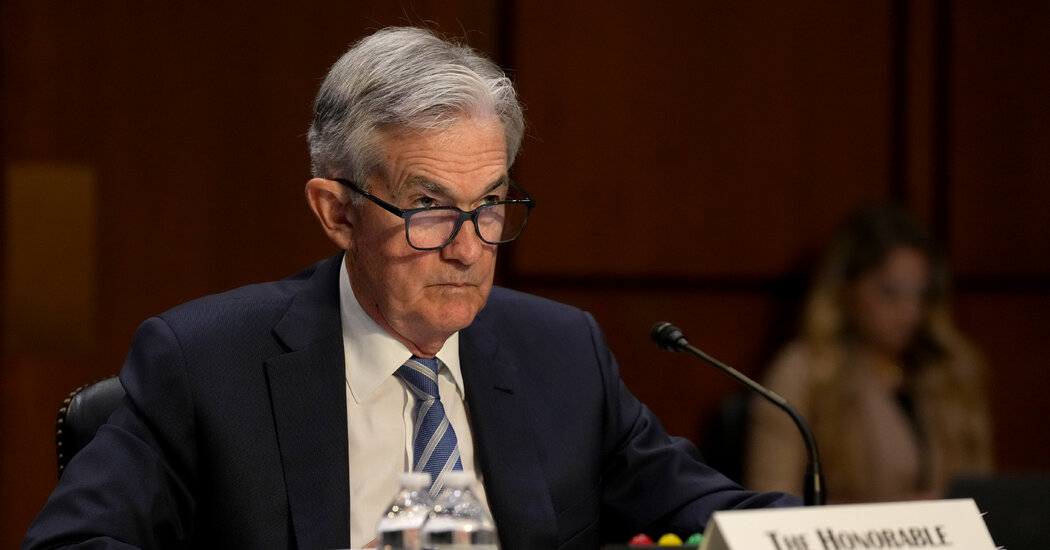 Federal Reserve officials raised interest rates by their biggest rate since 1994 at their June meeting after incoming inflation data spooked them, minutes of the meeting showed, with policymakers expressing concern that stubbornly prolonged price pressures pose a “significant risk” of becoming a more permanent feature of the economy unless the central bank acts decisively.

The Fed raised its key interest rate by three-quarters of a percentage point last month in an attempt to raise the cost of borrowing across the economy and slow consumer and business demand. The move, which followed a half-point hike in May and a quarter-point increase in March, marked a major escalation in the central bank’s fight against runaway inflation.

Notes from the meeting, released Wednesday, shed light on what motivated officials to take such a big step — and what it could mean going forward. Policymakers were concerned by the re-acceleration of the consumer price index inflation rate, which rose 8.6 percent in the year to May. And officials feared that if they did not take sufficient action, consumers and businesses could expect the rapid rise in prices to continue and behave in ways that would make runaway inflation more permanent and harder to stop.

A number of officials felt that the measure of consumer prices “reinforces the view that inflation will be more persistent than they previously expected,” the minutes said.

Many central bankers “said that a significant risk now facing the Committee is that high inflation could take hold if the public begins to question the Committee’s determination to adjust the policy stance as warranted.”

8 signs that the economy is losing steam

An alarming prospect. In conditions of persistently high inflation, rising consumer prices and spending cuts, the US economy is showing clear signs of slowing, raising fears of a potential recession. Here are the other eight measures signaling trouble ahead:

Consumer confidence. In June, the University of Michigan poll consumer sentiment hit its lowest level in its 70-year history, and nearly half of respondents said inflation is reducing their standard of living.

Housing market. Demand for real estate has fallen, and construction of new homes is slowing. Those trends could continue as interest rates rise, and real estate companies including Compass and Redfin have laid off employees in anticipation downturn in the housing market.

copper. A commodity that analysts view as a measure of sentiment about the global economy – because of its widespread use in buildings, cars and other products – copper has fallen more than 20 percent since January, hitting a 17-month low on July 1.

Oil. Crude oil prices have risen this year, partly due to supply constraints caused by Russia’s invasion of Ukraine, but they recently began to waver as investors worry about growth.

Fed officials acknowledged that they would need to slow the economy and the labor market to reduce the surge in prices suggested in the minutes, and in fact expressed a determination to raise interest rates to the point where they would begin to have a significant impact on economic growth.

Investors, economists and households are increasingly concerned that a central bank policy adjustment will lead to a recession. The minutes stressed that while central bankers want to be flexible and react quickly to incoming data, downside risks are likely not enough to dissuade them from acting aggressively to keep inflation under control.

“Participants acknowledged that policy tightening may slow economic growth for a while, but they saw that returning inflation to 2 percent was critical to achieving maximum employment on a sustainable basis,” the minutes said.

The Fed is working against a complex global backdrop, as supply chain problems linked to the pandemic and rising commodity prices, exacerbated by the war in Ukraine, are taking a toll on economies. Inflation has flared up in much of the world, and central bankers in Europe, Britain, Canada, Australia and parts of Asia are also raising or preparing to raise rates – often at their fastest rates in years – to try to rein in growth and bring down prices.

While global fuel prices have eased this week as investors worry about a looming recession, it is unclear whether that will continue at a time when military developments in Eastern Europe could worsen the outlook for energy prices at any moment. .