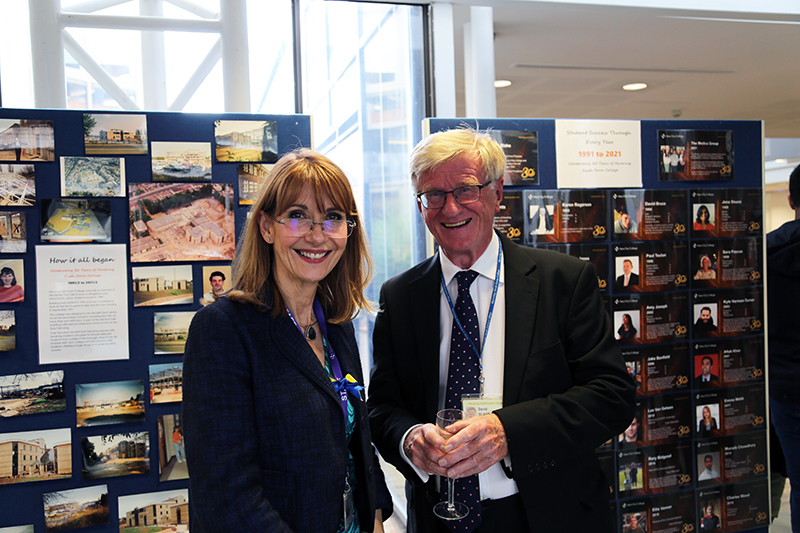 Outstanding students who have worked hard and achieved brilliant results – many of them overcoming personal adversity – have been honored at 30thousand Sixth Form Awards Jubilee Evening.

The Sixth Form, now part of New City College, was established in the 1991-2 academic year on the site of the old Dury Falls School in Winglet Lane, Hornchurch.

To celebrate 30 years of achievement, the awards night included a photo exhibit of the building’s construction, a display of historic avenues, and a student honor roll for each individual year, from 1991 to 2021.

Original Principal David Blake, who oversaw the design of the college and retired in 2006, returned to present long service awards to four members of staff who have worked at the college since it opened. He said he was honored to be asked to present the prestigious awards to such dedicated and dedicated employees.

Mayor of Havering, Councilor Trevor McKeever, gave a heartfelt closing speech, saying he was truly humbled to hear of the achievements of so many students who overcame life’s challenges to achieve success through such wonderful determination and commitment.

During the ceremony, citations were read in honor of the worthy winners, describing how they demonstrated tenacity, resilience and compassion for others.

Headteacher Janet Smith said: “Tonight was a very special occasion to celebrate 30thousand I am so proud of these exceptional young people who deserve to be celebrated and recognized for their incredible achievements. It was also a wonderful opportunity to look back on the last 30 years of the Sixth Form’s extraordinary success.”