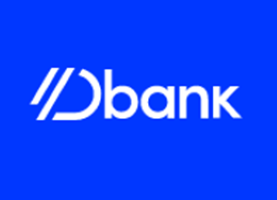 Dbank, a new digital banking startup based in Islamabad, Pakistan, has raised $17.6 million in seed funding as it prepares to launch.

The investment round was co-led by Sequoia Southeast Asia and Kleiner Perkins and included participation from Brazilian digital banking giant Nubank, Askari Bank, Singapore’s Rayn and RTP Global, as well as angel investors from companies such as Google, Goldman Sachs and Stripe.

Although information about the firm is currently scarce, Dbank says on its website that it wants to make it “simple to borrow, transact and keep money safe”, adding that it aims to increase financial inclusion and ensure “access to financial services for all” in Pakistan.

The company was founded in 2021 by Tanya Eidrus and Khurram Jamali.

Eidrus previously worked as an advisor to the Prime Minister of Pakistan, where she developed the country’s digitization framework. Before that, she worked at Google for more than ten years.

Jamali previously served as Google’s head of payments partnerships in the Next Billion User (NBU) markets. He also managed the Pakistan market at Google Singapore.

The firm has applied for a digital retail banking license with the State Bank of Pakistan, with Askari Bank acting as the local sponsor.

The challenger’s official launch date is still unknown, but interested customers can register on the website to stay updated.