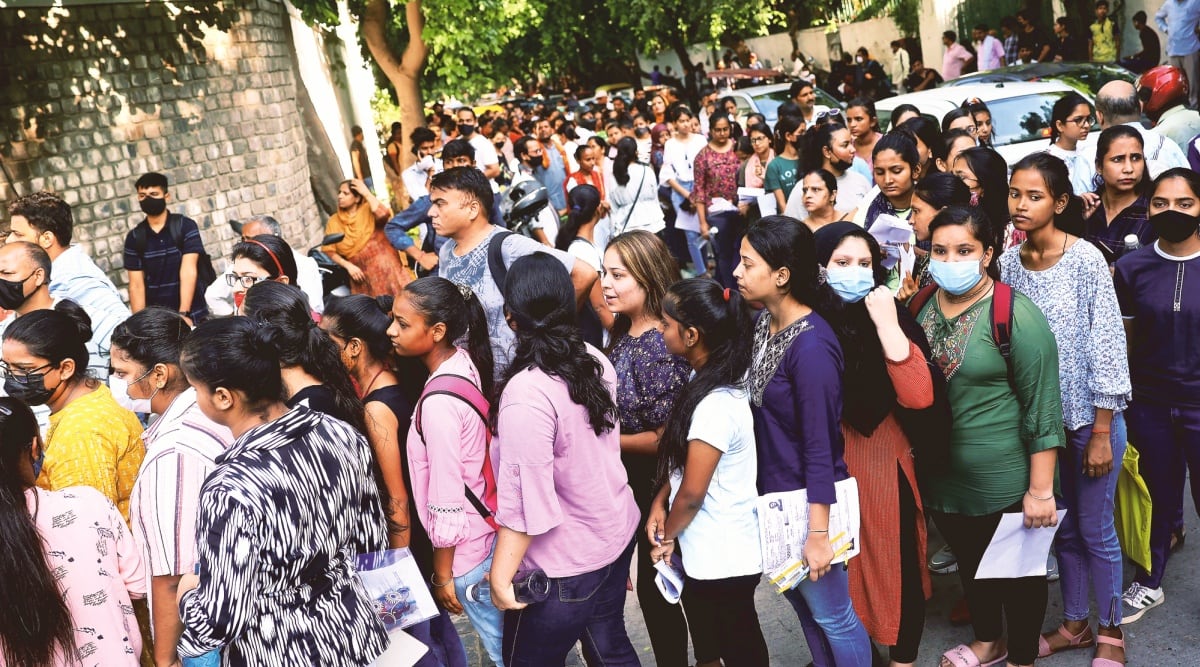 Delhi University (DU) has set up a seven-member committee to study and discuss the provisions related to student-faculty ratio, days after Vice-Chancellor Yogesh Singh blamed the imbalance in their numbers for the slippage in the National Institutional Ranking Framework (NIRF). . ) ratings.

This year, DU slipped to the 13th position in the Education Ministry’s NIRF rankings released earlier this month.

The committee, headed by DU South Campus Director Prakash Singh, will also discuss the size of student groups for lectures, practicals and tutorials to ensure optimum utilization of university facilities, including laboratory facilities.

“Delhi University has constituted a committee to study, discuss and revise the provisions related to student-faculty ratio and size of student groups for lectures/practicals/lessons,” said a notification issued by the university.

Delhi University is behind Jawaharlal Nehru City University (JNU) and Jamia Millia Islamia (JMI), which have been ranked second and third respectively in NIRF in the university category.

Prakash Singh, head of the newly formed committee, said that this body is the result of the NIRF ranking.

“These exercises are the result of this (NIRF) rating. We published a lot. You will be surprised to know that our publication ratio is much higher than our other universities, but we are ranked 13th. This is also a worrying situation for us,” he said.
“In other areas, we’ve done much better for several reasons, including the perception and student-faculty ratio, and the strength of the faculty. We are somewhere lower,” he added.

Prakash Singh said that the committee will focus on improving the student-faculty ratio and ensuring optimal utilization of the funds provided by the university, “The number of students in the university has increased due to the increase in seats due to the introduction of various types of reservations including OBC and EWS. But the university did not work to improve the student-faculty ratio. Improving this ratio will be the focus of the committee. Moreover, we will also focus on making sure that all the opportunities available in our university are optimally used,” he informed.

Delhi University scored 43.1 in Teaching, Learning and Resources (TLR), a marginal improvement from last year when it scored 42.65 in the same domain. However, it lags far behind JNU and JMI, which have TLRs of 71.94 and 68.17, respectively.

Speaking to PTI, DU VC Yogesh Singh pointed out, “We will have to improve the research factor. One of the reasons for the decline in ratings may be the low student-teacher ratio.” “We are in the process of hiring teachers, but the results will show in the next couple of years. Some changes may be visible next year, but real results will be visible only after two years,” he said.