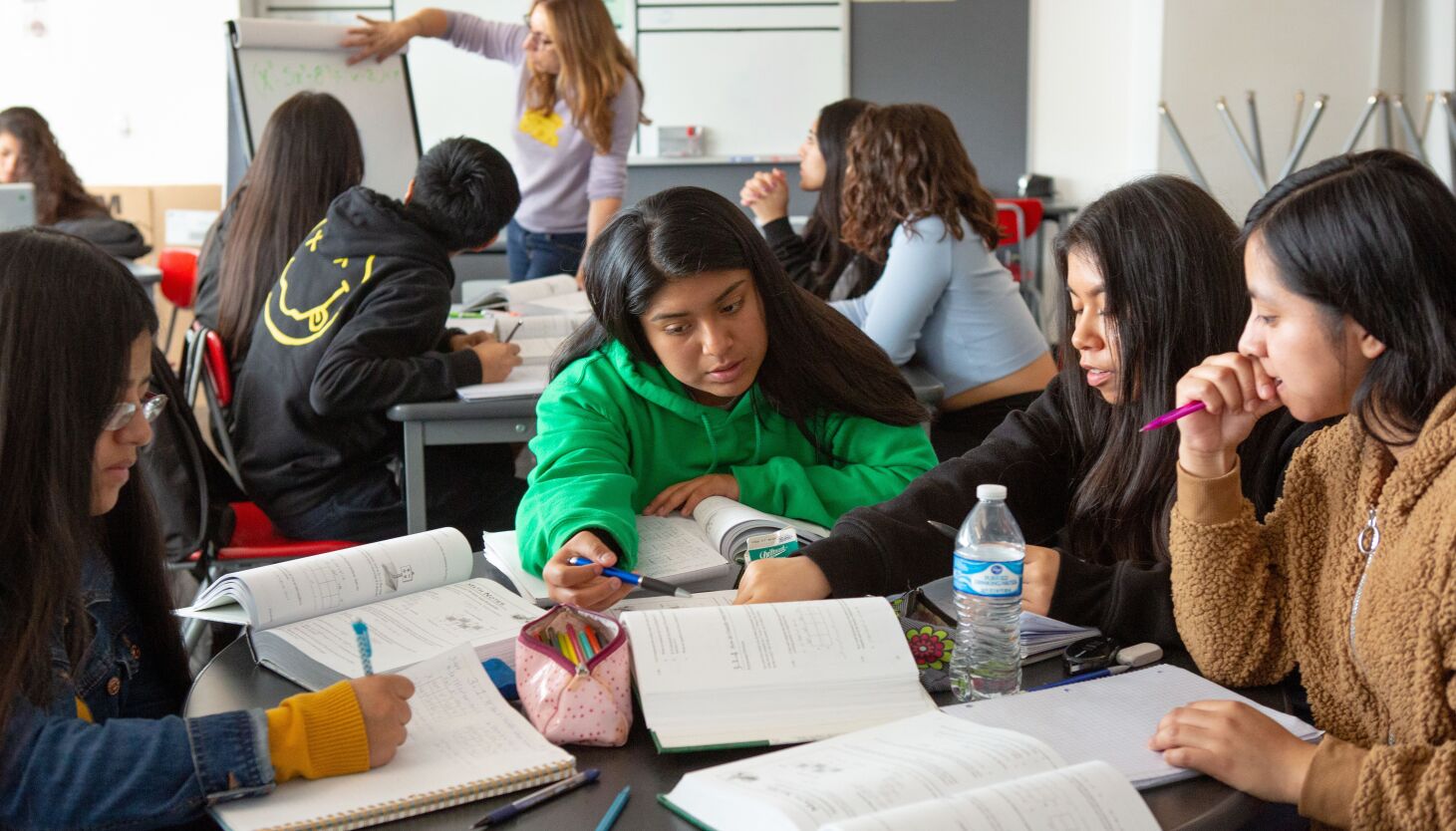 In the first person, Chalkbeat features personal essays by teachers, students, parents, and others who think and write about public education.

It was the beginning of 11th grade. The first quarter was coming to an end and I was finishing the first big essay of the year. A sense of hope, achievement and confidence completely engulfed me.

All this week I was beaming and radiating optimism. I felt much different than the stereotypical high school teenager who just wants to get out of his version of “prison” every day. The most surprising thing was how different I felt from a year ago.

In the 10th grade, school was completely virtual. Trying to transition to a new type of learning in my home environment, where I do everything else, sapped my stamina. I failed several classes for the first time; I was at my lowest point academically and mentally.

However, I found myself doing a complete 180 when I entered 11th grade. While being in a school building played a role, it was the original college program that completely renewed me. Exciting classes like Public Argumentation and Advocacy, Reading a Victorian Novel, Midwestern Regionalism, and Latin American Cinema made school a million times more enjoyable than it was before.

I am 16 years old and I go to Bard High School Early College in Cleveland. Bard is a public high school that allows students to participate in an early college program. At my high school, the students are in 9th and 10th grade in the regular high school curriculum. Then, for grades 11 and 12, regular high school classes stop and college classes begin. Students like me are starting to earn credits toward an associate’s degree.

I am on track to complete my associate degree in 2023 along with my high school diploma.

The preconceived notion of high school seniors going to college leads many to assume that I spend twice as much time in school, commute to campus every night, or even pay to get this education, but that’s not the case. Bard is a free, public opportunity where college and high school classes are held under one roof. Life is very similar to life in a regular high school.

I just finished 11th grade and it was one of the most successful years of my life. I did my best, gaining many opportunities and confidence in the process. My writing, reading and speaking skills have grown exponentially.

I left behind the heavy burden of feeling like a failure. I have now earned 26 of the 60 credits I need. In 2023, I’m on track to get my associate’s degree along with my high school diploma. After that, I would like to go on to college and study politics.

If someone were to judge me by looking at my 10th grade, they would get a terribly inaccurate picture. Most people and schools would have dismissed me as a kid who just “didn’t care”. That being said, I was the one who was lost, whether people realized it or not.

What helped me get back on track were classes that were specific, interesting, and different from a regular high school class. My message to others: Don’t think of early college as a place just for kids who are “smart enough” or “privileged enough,” but as a pathway that benefits us all.

Yulisi Aguirre De Jesus is a senior at Bard High School in Cleveland.