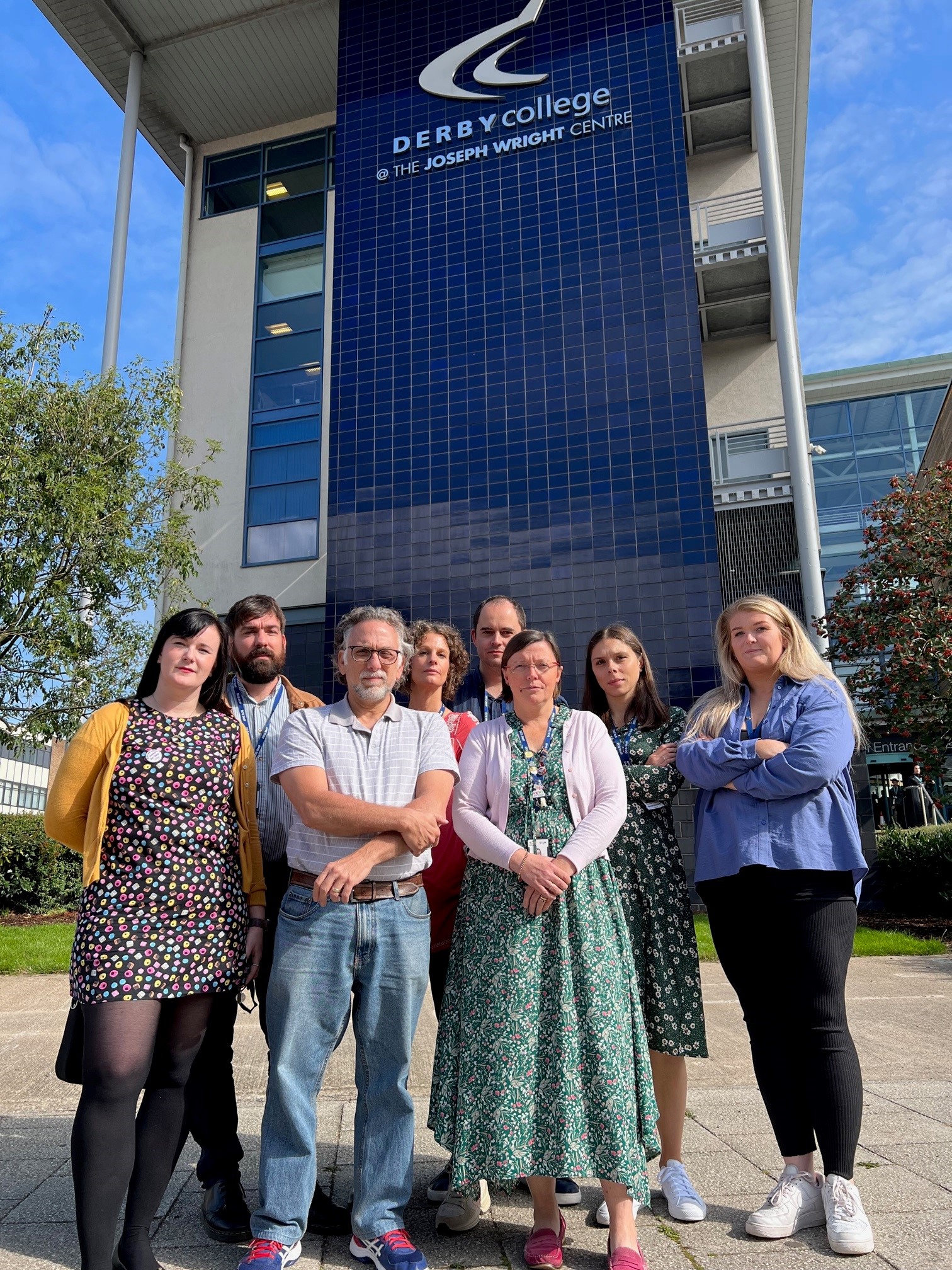 Teachers and lecturers at Derby College are “walking out in droves” and say they have been forced to take mass action over the lack of pay rises for years on end.

Staff at all Derby College Group businesses, including The Roundhouse and The Joseph Wright Centre, will strike for three days next week in protest at a 2.5% pay rise they have been offered.

This is said to have come after salaries have been rising below inflation, combined with a lack of regular pay rises, meaning teachers have remained on their starting salaries for years.

And they add that many teachers and lecturers leave college to work in schools or in industry, where they are paid more for experience and have more annual leave.

Computer science lecturer Edward Pickering-Symes said: “We have a lot of experienced teachers and support staff leaving in droves because in real terms we are facing a 30% pay shortfall due to the lack of pay rises and inflation.

“The College does not prioritize the retention of highly qualified staff despite its financial stability, and this will inevitably affect the standards of education.

“This year we achieved record results at A-Levels, with 21% of students achieving an A* or A, and the vast majority going on to their first choice university. This simply will not continue if all our skilled workers continue to leave and work elsewhere.”

The strike comes after 89.9% of University and College Union (UCU) members voted in favor of protests demanding employers make a pay offer that reflects the cost shocks college staff are now facing.

Staff were initially offered a 1% deal, which was rejected, followed by a revised offer of 2.5%.

Further education pay has lagged behind inflation by 30% since 2009 and the pay gap between school and college teachers is around £9,000.

Meanwhile, Derby College received a 4.7% increase in government funding in 2020-21 and will receive a further 8.5% increase in 2022-23. It also reported an operating surplus of £2.29m alongside total unrestricted reserves of £20.4m.

A-Level English teacher Lauren Sear said: “Many of the courses offered at the college are vocational, taught by highly qualified staff and this plays a special role in the city in terms of social mobility.

“These staff always knew they could earn more in industry, but they wanted to make a difference in the lives of our young people. But when you are offered a ridiculous pay rise, knowing that the college has an operating surplus of over £2m, these staff will quite rightly choose to leave.

“Turnover has now reached unsustainable levels and many departments are unable to recruit anyone, meaning that some courses, such as A-Level Economics, are not being offered this year.”

UCU members at the college will be out for four weeks. The first demonstration will take place next week at The Roundhouse on Monday, Tuesday and Wednesday. Further actions will be held on October 6 and 7, then on October 10 and 11 and on October 18, 19 and 20.

Local UCU representative Bob Fordy said: “We have tried to negotiate a reasonable pay rise but negotiations have broken down. So staff at Derby College have agreed to go on unprecedented strike action because they cannot continue to be paid so little. Inflation is soaring and college leaders have more money at their disposal than in years, but they refuse to protect their employees from the cost-of-living crisis.

“College lecturers are paid less than teachers despite doing the same job and often having the same qualifications, while our professional courses help build the national workforce.

“We are inundated with requests from employees who want to join the trade union – now two or three people come to us every day. We just hope that college leaders will finally listen and treat our staff with the respect and pay we deserve.”