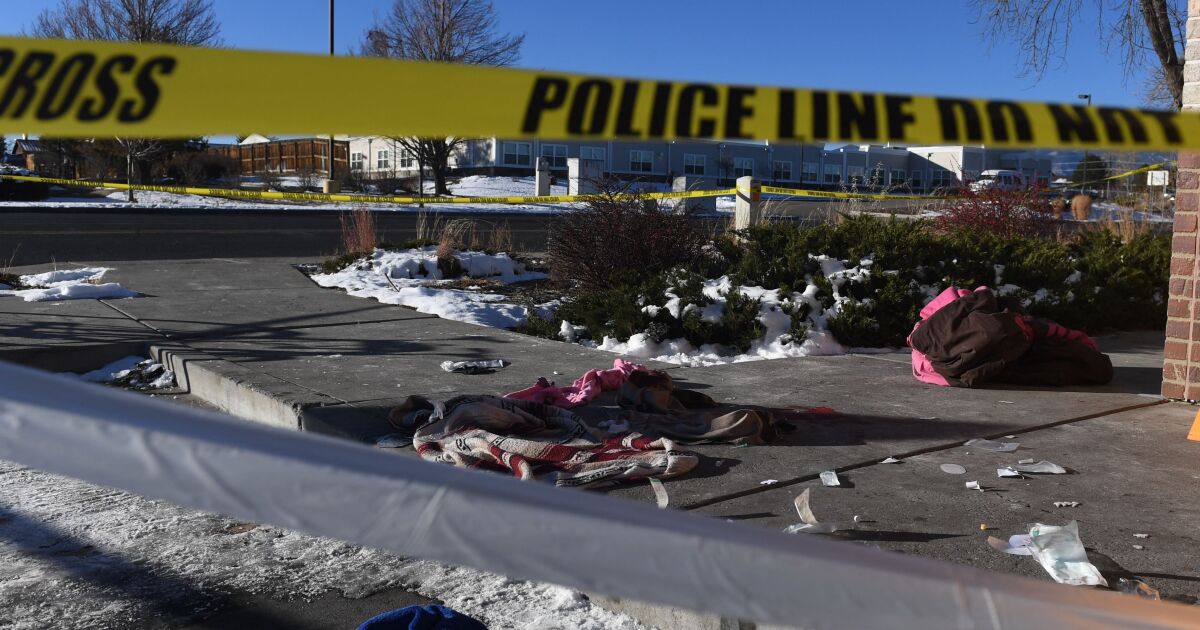 The suspect who killed five and injured 18 in a mass shooting at a gay club in Colorado is in custody, police said.

The attacker’s motive is still unknown, but club owners believe it was a hate crime.

Club patrons quickly subdued him and took him into custody when police arrived minutes after the call, authorities said.

According to Vasquez, two firearms were found at the scene, including a “long rifle.”

“My heart goes out to the family and friends of those who were killed, injured and traumatized in this horrific shooting,” said Colorado Governor Jared Polis, who became the first openly gay US governor elected in 2018. shooting “nauseating”.

The attack was over in a few minutes. Police received numerous 911 calls beginning at 11:56 p.m., and an officer arrived at midnight. The suspect was detained at 00:02, the police said.

Several of the 18 injured are in critical condition with gunshot wounds, officials said.

The suspect was being treated at a hospital, police said, adding that the officers did not shoot him.

In a statement, Club Q called the shooting a hate attack.

“The Q Club is devastated by the senseless attack on our community,” the club wrote on its Facebook page. He said his prayers were with the victims and families, adding: “We are thankful for the quick response of the heroic customers who subdued the gunman and stopped this hate-motivated attack.”

The attack was the sixth mass killing in the US this month and comes seven months after 21 people were killed in a school shooting in Uwald, Texas.