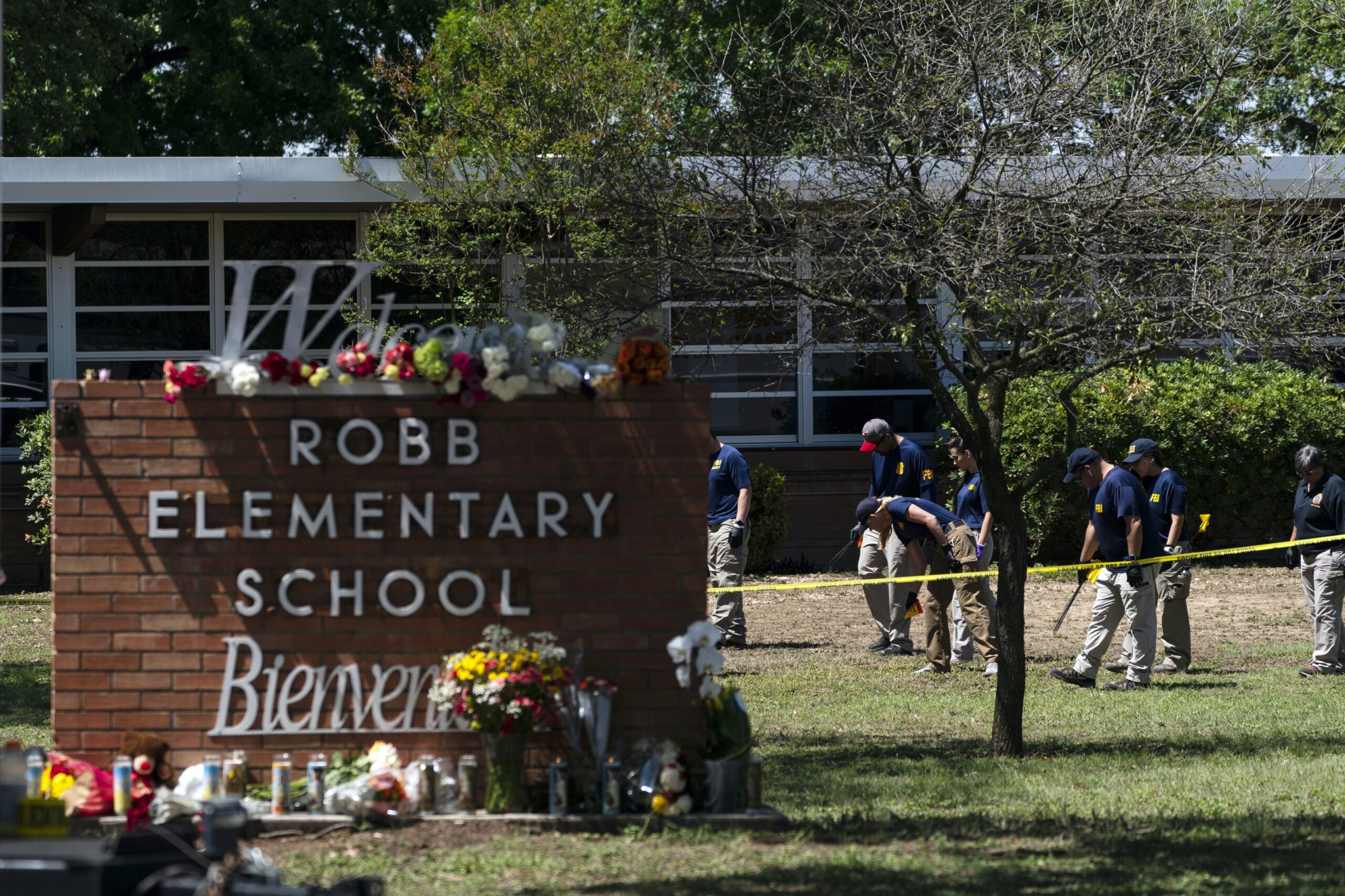 A police officer armed with a rifle watched the gunman walk toward the campus during the Uvalde Elementary School massacre but did not fire, waiting for a supervisor’s permission to shoot, according to a widespread criticism of the tactical response to the May massacre released Wednesday.

AUSTIN, Texas (AP) — A police officer armed with a rifle watched the gunman during the Uvalde Elementary School massacre walk toward the campus but did not fire, waiting for permission from the superintendent to shoot, according to widespread criticism released Wednesday in a tactical response to the May a tragedy.

Some of the 21 victims at Robb Elementary School, including 19 children, may have “could have been saved” on May 24 if they had received medical attention sooner after police waited more than an hour before storming the fourth-grade classroom, drill review found the Texas State University Center for Active Shooter Situations.

The report is another damning assessment of how police failed to seize opportunities that could have saved lives in a school shooting that has become the deadliest in the U.S. since the Sandy Hook Elementary massacre in 2012.

“A reasonable officer would have considered this situation active and would have developed a plan to deal with the suspect,” according to a report released by the university’s Law Enforcement Rapid Response Program.

– It turned out that not a single officer who was waiting in the corridor during the shooting never checked whether the door to the classroom was closed. The head of a Texas state police agency also blamed officers at the scene for failing to check the door.

— Officers had “weapons (including rifles), body armor (which may have been designed to stop rifle rounds), training and reserves. The victims in the classrooms had none of this.”

— When officers finally entered the classroom at 12:50 p.m. — more than an hour after the shooting began — they were no better prepared to confront the gunman than they had been up until that point.

— An “effective incident team” appears never to have been established among the multiple law enforcement agencies that responded to the shooting.

The gunman, an 18-year-old with an AR-15 semi-automatic rifle, entered the building at 11:33 a.m. Before that, a Uvalde police officer, who was not identified in the report, saw a gunman carrying a rifle to his side. west entrance to the hall. The officer asked the warden for permission to open fire, but the warden “either did not hear or responded too late,” according to the report.

When the officer turned to face the gunman, he had already gone inside “without stopping,” according to the report.

The officer was 148 yards from the door, which the report said was within range of his rifle, and allegedly expressed concern that an errant shot could have entered the school and injured students inside.

“At the end of the day, the decision to use deadly force is always made by the officer who will be using the force. If the officer was not sure that he would be able to hit both his target and the background if he missed, he should not have fired,” the report said.

The report is one of many fact-finding reviews launched after the worst school shooting in Texas history.

The committee, formed by Texas lawmakers, also interviewed more than 20 people, including officers who were at the scene, behind closed doors for several weeks. The committee said Wednesday that Uvalde County Sheriff Ruben Nolaska refused to meet with them and sent a letter trying to get him to testify. Nolasco did not immediately respond to an email seeking comment.

It follows testimony last month in which Col. Steven McCraw, director of the Texas Department of Public Safety, told the state Senate that the police response was a “gross failure.” He placed particular blame on Chief Pete Arredondo, saying that as the on-scene commander, the Uvalde school police chief made “terrible decisions” and stopped officers from confronting the gunman earlier.

Arredondo tried to defend his actions, telling the Texas Tribune that he did not consider himself the commander in charge of the operation and that he believed someone else had taken control of the law enforcement response. He said he had no police or student radio, but he used a cell phone to call for tactical gear, a sniper and classroom keys.

According to his report released Wednesday, Arredondo and another Uvalde police officer spent 13 minutes in a school hallway during the shooting, discussing tactical options, whether to use snipers and how to get into classroom windows.

“They also discussed who had keys, testing keys, the likelihood that doors would be locked, and when children and teachers were dying or dead,” the report said.

McCraw said police had enough officers and firepower at the scene of the Uvalde school shooting to stop the gunman three minutes after he entered the building and would have found the door to the classroom where he hid unlocked when would they bother to check it.

Arredondo’s attorney and a spokeswoman for the Uvalde Police Department did not immediately respond to requests for comment. Arredondo is on leave from the Uvalde Consolidated Independent School District and resigned as a city councilor last week.

Community leaders, including Texas Gov. Greg Abbott, initially praised the Uvalde police response. Abbott said the officers responded quickly and ran to the shooting with “amazing courage” to eliminate the shooter, saving lives. He later said he had been misled. In the days and weeks after the shooting, authorities gave conflicting and inaccurate accounts of what happened. The incidents led to mutual accusations and disagreements between local and state authorities. On Tuesday, Uvalde Mayor Don McLaughlin and state Sen. Roland Gutierrez released a letter asking Abbott to transfer the administration of the victim assistance fund from the local prosecutor’s office to the Texas Department of Emergency Management. They wrote that they had received numerous complaints about District Attorney Christina Mitchell Busby, “including the failure to deliver victim compensation resources in a timely manner to those in need.”