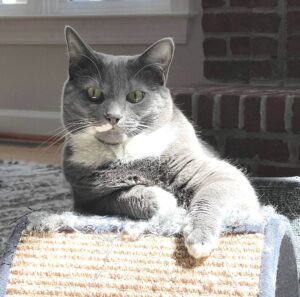 Although Dublin is not the same as the west of Ireland, I will say, “Be prepared for rain”. A lot of rain. Dublin seems pretty dry to those of us living in Ireland, but I think it still gets more/about as much rain as the rainiest city in the US.

The weather in Ireland really doesn’t change as much from season to season as you might be used to, although if you come between September and Christmas it will probably be less of a surprise than if you come in summer or the colder part of winter. because we have autumn weather all year round. Temperatures will likely be around 50 degrees Fahrenheit.

Other things I’ve heard international students comment on when they come to Ireland are, firstly, our times. This has improved since my college days, but it means that most things are 5-10 minutes late, rather than say…up to 30. I’ve been quite surprised by some of the comments on this site about meetings starting late at a few minutes, because in Ireland it would not even be noticed. When I go to a meeting, I assume it will be within 15 minutes. You still have to be on time because you never know if it will start on time or not, but you should know that being a few minutes late doesn’t even count here. Our trains officially announced “on time” means “within 10 minutes after we are due”.

Ireland is generally quite informal. One thing I’ve noticed about American college students is that they come up, shake your hand, and introduce themselves. Irish students are unlikely to do so. They are more likely to say, “Hello, where are you from?” (This is a common greeting in colleges, since everyone is from different countries, not just international students.) And you have a full conversation with them without even knowing their names. That doesn’t mean you shouldn’t come up and introduce yourself. I was very impressed as a teenager/early twenties with them for doing, just not to be surprised when Irish students are less inclined to introduce themselves so formally.

In this regard, lecturers can be called by their names. People don’t talk about “Professor X,” which isn’t a term we use for professors anyway.

oh! One important thing is that college in Ireland is mostly Monday-Friday, sometimes even more Monday-Thursday. My college used to finish early on Friday so everyone could go home. This will be less of a problem in Dublin where many people live anywhere, but students living away from home are usually going to go home for the weekend on Friday and return on Sunday evening. As a result, in my college, almost all activities took place from Monday to Thursday. Rag Week (is there such a thing in the US? It’s a week of events and fundraising for charity) ended at lunchtime (12 or 1) on Friday morning.

I think the length of time in college can vary as well. Lectures are usually from 9 to 6. (As I said, at my college they finished at 2 or 3 on a Friday, but it might be different in Dublin, where there are more local students). It’s the same with business, really. Again, Dublin is different from the city where not much will be open at other times and you’ll be able to shop and so on in the evenings, but it’s not 24/7 like in the US

Drinking is another thing. The legal drinking age in Ireland is 18, and even for minors the situation is very different from that in the US. No one gets arrested for buying a drink at 17, much less for drinking at home with friends. There are restrictions on under-age people being in pubs after 9 or 10pm, but even that isn’t a big deal.

This means that most student socializing will take place in the pub, and if you live in a student ‘dorm’ or share a flat(s) with other students, people will sit in the common room/lounge and drink together. No need to drink. I don’t drink and it’s never been a big problem. People will suggest and you can say yes or no. But this is a different situation than it seems in the US.

Other things we seem to have different approaches to are politics and religion. Both seem rather controversial in the US, whereas in Ireland you can call our Taoiseach (Prime Minister) a complete eejet and everyone will agree with you. Now, as a foreigner, you probably shouldn’t do this, but you will hear it. (You should also know that Ireland is solidly democrat, partly because democrats probably equate to our most right-wing parties, so Ireland is quite left-wing compared to the US and partly for historical reasons – abortion being an exception to that that Ireland is run by the left and you’re likely to run into people who are pro-life. Not so much in college as young people tend to be pro-choice, but being pro-life isn’t seen as a shock. However you’re likely to hear criticism of Donald Trump, etc. So if you like him, be aware that there is a bias in Ireland on this issue.) It would be highly unusual for someone here to identify as Fianna Failer or Fine Geller. You CAN find people who identify as Sinn Féiners. But in general, people who identify with a political party are actively involved in their youth wing. Most people will criticize all sides. Our parties aren’t too different either – the last row between left and right was whether to introduce a bailout for people hit by inflation now or wait for the budget in October.

Religion is hard to explain, and in college, in Dublin, it probably wouldn’t come up anyway. Then again, young people tend not to be religious, and Dubliners tend not to be that religious, so this is unlikely to be a problem. But again, this is not a taboo subject and is fully integrated into everyday life. Angelus, for example, plays on national television. No one pays much attention, but it plays.