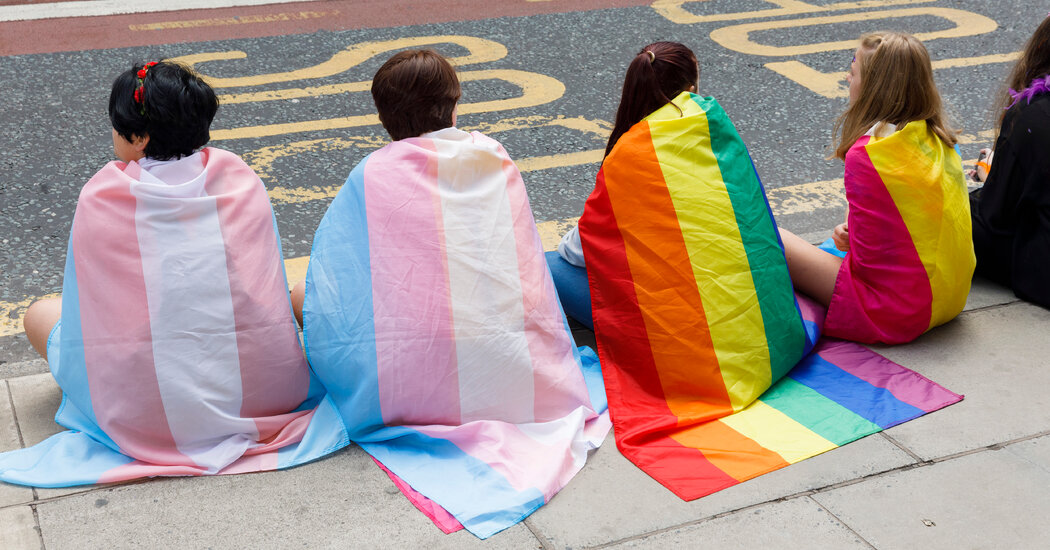 NASHVILLE — Last year, two families in Wilson County, Tennessee, came forward as plaintiffs in a federal civil rights lawsuit challenging a Tennessee law barring transgender students from using bathrooms that match their gender identity. But how WPLN News reported last week, both families have since left the state, believing their children would not be safe here long enough to see the lawsuit through. Now that the plaintiffs have gone their separate ways, the district judge has dismissed the suit.

In many ways, this development tells us more about the state of human rights in red states than the lawsuit or the law it challenges. When people are so devoted to justice that they sue the state they live in and then have to leave anyway, it serves as yet another stark reminder that fighting against institutional prejudice is always costly.

When Tennessee’s so-called toilet bill went into effect last year, Amy Allen’s son, a middle school student, responded by giving up fluids and avoiding the school restroom altogether. As the bill made its way through the legislative process, Ms. Allen, a former teacher who has done extensive research on transgender issues, tried to tell state lawmakers about the harm the law would do to already vulnerable children. She also tried to speak to someone in the governor’s office. All her efforts were defeated.

Having no option, she enrolled the child in a private school. When the school did not start, the family moved to Massachusetts.

The boy is happy in his new school. His mother is also happy. “Moving here was just a sigh of relief for me personally,” Ms. Allen told WPLN’s Marianne Bacalao. “I can just go back to being a human and not an activist mom, you know?”

News reports from red states right now tend to focus on the legislative implications of the Supreme Court’s decision to overturn Roe v. Wade, and understandably so: The news is no less terrible. Doctors afraid to treat life-threatening conditions in their pregnant patients because the language of the laws is very vague. women forced to carry children who will not survive outside the womb. Prohibiting abortion without exceptions for rape or incest, even if the victim is a young child.

But red states are scrambling to outdo their neighbors — The Handmaid’s Tale isn’t the only human rights crime lawmakers are perpetrating against their own citizens. in tennessee the new laws came into effect on July 1 which illustrates the point perfectly. One measure criminalizes homelessness, making it a felony — a felony! – to camp on public territory. Another bans transgender athletes from participating in school sports. Another requires public schools to block Internet resources “considered harmful to minors.”

Note that the far-right considers many things harmful to minors, including educational materials related to sex and gender. In practice, this is the book ban law affects the single database most public schools in the state have access to.

“When people ask me if I miss Tennessee, I say I miss my friends,” Ms. Allen told WPLN. “But Tennessee broke my heart. It’s a wonderful place full of so many wonderful people who, if they paid attention to what the Legislature is doing, would be horrified.”

Mrs. Elena is right. Tennessee there is a wonderful place, and it is filled with truly wonderful people, most of whom pay absolutely no attention to what the Tennessee General Assembly Republican Caucus is up to. In accordance with poll by the nonpartisan Public Religion Research Institute, nearly 79 percent of Americans — including 65 percent of Republicans — support laws that protect LGBTQ people from discrimination. “In states where anti-LGBTQ+ legislation is pending, roughly two-thirds of people support expanding, not restricting, LGBTQ+ rights,” he noted. Statement of the Human Rights Campaign in March. As it turns out, most Americans today can be trusted to know which things are truly harmful to minors and which are just whistle-blowers aimed at far-right supporters.

When a state is run by fans, many of the people who live there are governed by laws they strongly oppose. And absent help from the US Supreme Court for the foreseeable future, we have a country where citizens of red states do not have the same rights and civil liberties as citizens of blue states.

All of this presents a conundrum for people paying attention to what’s going on in their state legislatures, especially those with children whose happiness and safety are put at even greater risk by legislation targeting already vulnerable students.

I think often these days of Ruby Bridges, the first-grader who integrated New Orleans public schools in 1960. Tiny Ruby had to be escorted by a federal marshal to her new school, William Frantz Elementary School, to protect her from the mobs of white people on her route every morning. With marshals stationed just outside the door, Ruby spent the entire day that year in a classroom where she was the only student.

Five other black children were also selected to attend William Frantz Elementary School in 1960, but only Ruby’s parents stayed the course. And even with the protection of the federal government, they must have considered changing their minds countless times during that perilous first year of integration.

This has always been the far-right’s strategy for spreading hate: to silence voices for acceptance and change and force the oppressed to leave. This is the strategy they are now using against their most vulnerable citizens.

“The South, home to one-third of LGBTQ Americans, is poised to become the epicenter of the next targeted wave of attacks on our legal rights,” the nonprofit advocacy group Campaign for Southern Equality. said in a statement last week. Today, it would be illegal to exclude transgender children from public schools, but lawmakers in red states have made it virtually impossible for them to stay. Impossible, at least for families who have the means to leave. Many, many do not.

Last year, ironically, they didn’t recognize the Williamson County, Tennessee chapter of Moms for Liberty. disputed the version of the children’s book Ruby’s experience as a pioneer of school integration. They argued that the book violated a new Tennessee law prohibiting any teaching of individuals “must experience discomfort, guilt, anguish, or some other form of psychological distress solely because of a person’s race or sex.’

But justice is justice, no matter what they believe to the contrary. Even here, the people forced to restrict the rights of LGBTQ citizens are in the minority, although being in the minority has not stopped them from inflicting suffering on young people. The only thing that will stop them is a pushback from voters who know injustice when they see it—and parents of vulnerable children shouldn’t be the only ones who do.

Margaret Renkle, author of Opinion, is the author of the books “Graceland at Last: Notes of Hope and Heartache from the American South” and “Late Migrations: A Natural History of Love and Loss.”

The Times is committed to publication variety of letters to the editor. We’d love to hear what you think about this or any of our articles. Here are some advice. And here is our email address: letters@nytimes.com.