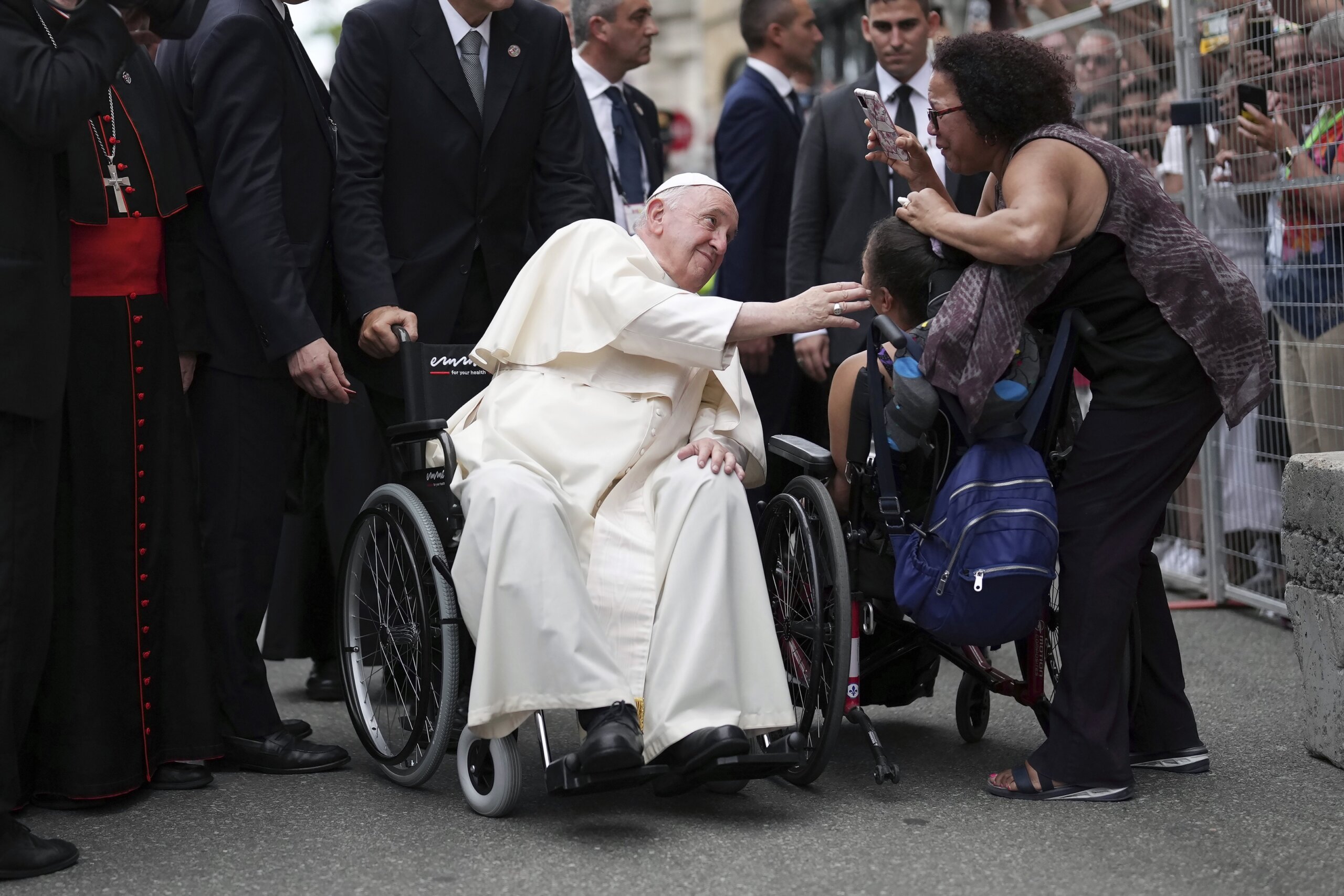 QUEBEC CITY (AP) — Pope Francis on Friday attacked Catholic missionaries who “supported repressive and unjust policies” against indigenous peoples and vowed to seek truth and healing as he concluded his pilgrimage to Canada with delegations of indigenous and visiting Inuit territory in extreme northern Nunavut.

Francis welcomed residential school survivors from eastern Canada to the archbishop’s residence in Quebec to reiterate his apologies for the abuse they suffered in Canada’s residential school system. From the late 1800s to the 1970s, more than 150,000 Indigenous children were forcibly removed from their homes and placed in church-run residential schools to separate them from their culture and assimilate them into Christian Canadian society.

Canada’s government said physical and sexual abuse was rife in schools, and Francis on Thursday apologized for the “evil” of clergy sexual abuse of young and vulnerable people, pledging an “irrevocable commitment” to prevent it from happening again.

Francis hopes his apology tour of Canada will help the Catholic Church reconcile with indigenous peoples, and he has vowed to continue the healing journey to make amends. His apology received mixed reactions, with some school survivors welcoming it, while others said much more needed to be done to right past wrongs and bring justice today.

“I have come in a spirit of penance to express my heartache for the offense caused to you by many Catholics who have supported repressive and unjust policies towards you,” Francis told delegations in Quebec. “I have come as a pilgrim, despite my physical limitations, to take further steps forward with you and for you.”

Francis, who was forced to use a wheelchair on the trip because of a painful sprained knee ligaments, said he hoped to make progress in the search for truth, “so that the processes of healing and reconciliation can continue, and so that the seeds of hope can be kept sown for future generations – both indigenous and non-indigenous – who want to live together, in harmony, as brothers and sisters.”

Later on Friday, Francis brought that message to Iqaluit, the capital of Nunavut, a vast territory beyond the Arctic Circle. This is the farthest north that an Argentine Pope has traveled.

Nunavut is roughly the size of Alaska and California combined, with a predominantly Inuit population of about 40,000. The population of the capital is 7,500 people, about half of whom are Inuit.

Francis was scheduled to meet with residential school survivors at an elementary school in Iqaluit, then address Inuit youth and elders at the final event of the trip, which was intended to deliver a message of hope for the future.

The Inuit community is seeking help from the Vatican to extradite the oblate priest, Reverend Jean Rivoire, who served the Inuit community until he left in the 1990s and returned to France. Canadian authorities issued a warrant for his arrest in 1998 on multiple counts of sexual assault, but it was never served.

The Canadian government said this week that Canada had asked France to extradite Rivoire, but did not say when or provide more details.

Reaction to Francis’ visit has been mixed, with even the Canadian government saying his apology did not go far enough to accept blame for the institutional role the Catholic Church played in supporting the school policy.

Some survivors at the school saw his apology as genuine and helpful in their healing process. Others felt they still wanted it, angered that after the Truth and Reconciliation Commission of Canada specifically called on the pope to apologize on Canadian soil in 2015, the pontiff needed to uncover alleged unmarked graves outside some boarding schools.

Still others demanded the church do more, including providing more information about the fate of children who never returned from school and abandoning 15th-century papal bulls based on the so-called “Doctrine of Revelations” that legitimized colonial-era occupation. native places for the expansion of Christianity.

The Vatican itself is unlikely to keep records of the fate of indigenous children who died in schools, although it will have documentation of any priests who faced canonical punishment after 2001, and possibly some before that. If the documents exist, they are probably in the archives of individual religious orders, including the Missionary Abbots of Mary Immaculate, which ran 48 of the 139 Christian boarding schools.

Associated Press religion coverage is supported by AP’s collaboration with The Conversation US, with funding from the Lilly Endowment Inc. AP is solely responsible for this content.