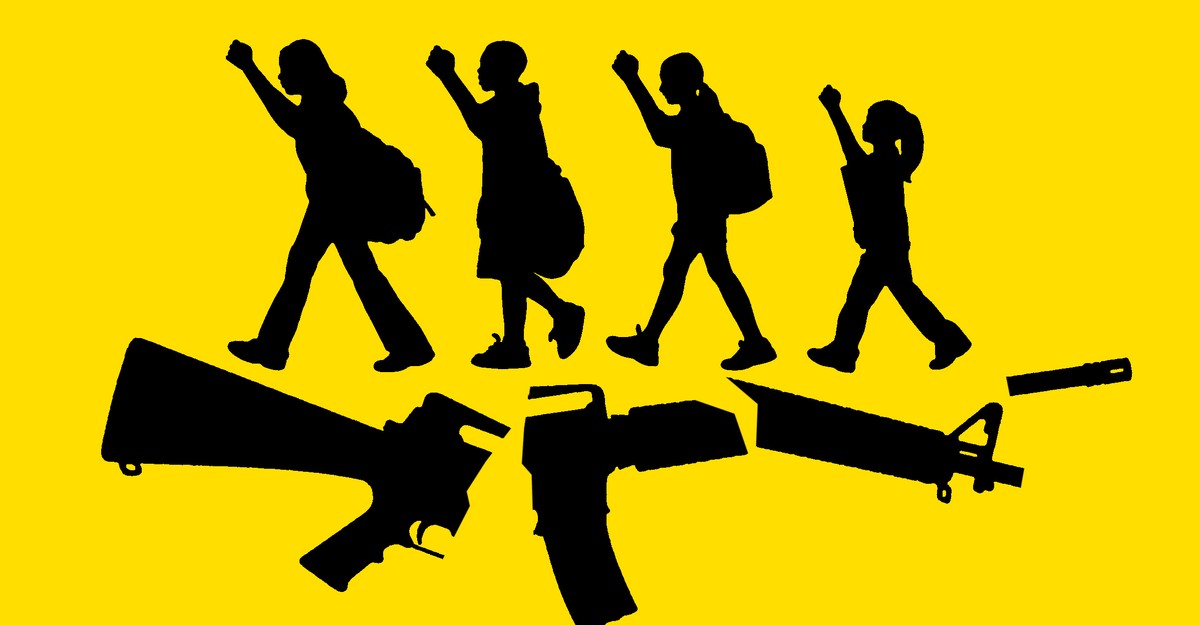 This is surprising. How can there be so many consensus among Americans on the need for stricter gun laws – 63 percent want a complete ban on assault weapons – while we seem locked in house of horrorsa school room with murdered children at every turn, with no way out?

Yet moments of such divergence, when the ideals of a critical mass collide with the rules that govern our collective lives, can also spark effective social movements. Most of us don’t want to put up with this American ritual anymore. The faces of those children. The incomprehensible longing of those parents, those broken cities. Fierce inactivity of politicians. At the same time, compelling evidence from countries like Australia and Great Britain shows that reducing the number of guns in society reduces the possibility of mass shootings – and, again, this is what most Americans I want.

Elizabeth Brunig: A culture that kills its children has no future

Arguments that we’ve been here before, that the gun lobby has a generation of politicians in its pocket, that our political system, and especially structure of the Senate, will always give Second Amendment absolutists enormous influence – all of which is true. And yet, as horrible as it is to say, we learn with every murder. We are approaching the type of movement that can really make a difference.

Today, I am left with one conclusion: Our nation’s children and parents need to take the summer to organize locally, create a set of national demands, and then refuse to go back to school in the fall until Congress does something.

Let me explain. Social movements need two elements to succeed: a narrative and a tactic. Borrowing from Art political scientist Joseph Nye, we could consider them as soft power and hard power respectively. Activists need to tell a compelling story that will lead people to a new way of thinking and motivate them to act. But this is not enough. There is also the hard work of mustering the actual political power to elect various representatives, change laws and use lobbying.

When it comes to storytelling, those whose lives are most at risk during mass shootings make the best storytellers. It was a strange difficulty to comprehend. Dave Cullen, who covered the Columbine shooting in 1999 and later wrote book about it, said that in the days and even weeks after the attack, none of the survivors wanted to talk about gun control. While the right-wing is talking about how talk of new rules in the immediate aftermath of the shooting is “politicizing” the tragedy, few are paying attention anymore. “Everybody keeps telling us this is not the time to be in politics,” Kimberly Rubio told The New York Times, two days after her daughter was killed in Uwald, Texas. “But it is. This.”

It’s one thing for such public figures Beta O’Rourke and coach of the Golden State Warriors. Steve Kerr to express an emotion that many Americans want to shout out loud: Why does this continue? Do something! But it is quite another thing to hear such sentiments from young people or parents of the dead. We saw it afterwards 2018 pictures at Marjory Stoneman Douglas High School in Parkland, Florida. How different was the indictment in the sobbing voice of Emma Gonzalez, a high school student and one of the survivors: “They say no laws could have prevented the hundreds of senseless tragedies that happened. We call BS,” she said at the time. “That we kids don’t know what we’re talking about, that we’re too young to understand how government works. We’re calling BS.”

The Parkland kids, as they came to be known, created one of the strongest gun control movements to date, including the March for Our Lives rally in Washington, D.C., one of the largest youth protests in history, just over a month after the shooting. They also helped convince Florida’s governor to sign a bill raising the minimum age to purchase a gun to 21 and extending the waiting period to three days.

But another promising one is clear campaigning– The action was held after the shooting national output. On March 14, 2018, they asked students to leave school at 10 a.m. for 17 minutes (for the 17 Parkland victims). Protests were moving, but they were haphazard and only for a short, symbolic period of time; they happened again a month later on the anniversary of Columbine, and there were even some separately organized student strikes week. The departures of 2018 may seem forgettable now, but they point to a tactic that, if used more aggressively, could have really gotten under the skin of some adults.

And this is where brute force comes into play. One thing we’ve learned from the pandemic is that when children are out of school, society feels the strain. This would make the strike an extremely powerful form of leverage. A walkout involving a sufficient number of students, occurring within days, not minutes, puts concrete pressure on officials from the municipal level to Washington. When students are not in school, it is difficult for parents to get to work. Suddenly, understaffed services—hospitals, subways—are suffering the consequences. Politicians and local officials have a mess on their hands—children are falling behind in school, parents are overworked—and a strong incentive to comply.

I am not looking forward to my own children being home and not seeing them pay an unfair price for a lost education. They have suffered enough during a pandemic, and they don’t have to be on the front lines solving problems their elders created. But history tells us that successful movements always require difficult trade-offs. Take the classic example of the Montgomery, Alabama bus boycott to protest segregation in the mid-1950s. For 381 days, at great expense, black residents of the city walked, drove, and worked hard to organize themselves to avoid taking the bus. Such self-sacrifice not only created a tremendous sense of solidarity; it also allowed them to win.

Another thing that movements need is time. This may be why the 2018 exit polls didn’t make much of an impact. It was a rushed response to the Parkland shooting that felt more symbolic than strategic. Acting in moments of heightened emotion, such as the one we are in now, can be good for soft power and not so much for long-term hard power building. It’s all too raw. Any emotion that buoys people in these moments usually fades away as the frenzied news cycle turns its attention elsewhere. It may seem counterintuitive, but time is necessary to plan and coordinate as a movement. Fortunately, summer vacation is just around the corner.

What if students, parents and teachers need the next three months to mobilize? They could set up thousands of local committees supporting the strike and decide what the national demands might be—say, a ban on guns. They could figure out the mutual support and childcare they’ll need to get through the days and possibly weeks it will take for Congress to act. They could strengthen their commitment to one idea, one tactic. For the youngest children, parents should take the initiative. But Parkland showed us how committed teenagers can be to securing their own safety and future. The movement may need time to build up its energy before the new school year, when it attacks everyone at once.

All this is, of course, hypothetical. I have no idea if such a dramatic action, requiring such widespread devotion and sacrifice on the part of millions, could ever happen. But I know we are at a crossroads. The excruciating story of these executions has exhausted us, but it has also given us a hint of the way forward. Have we been through enough grief to think about it?