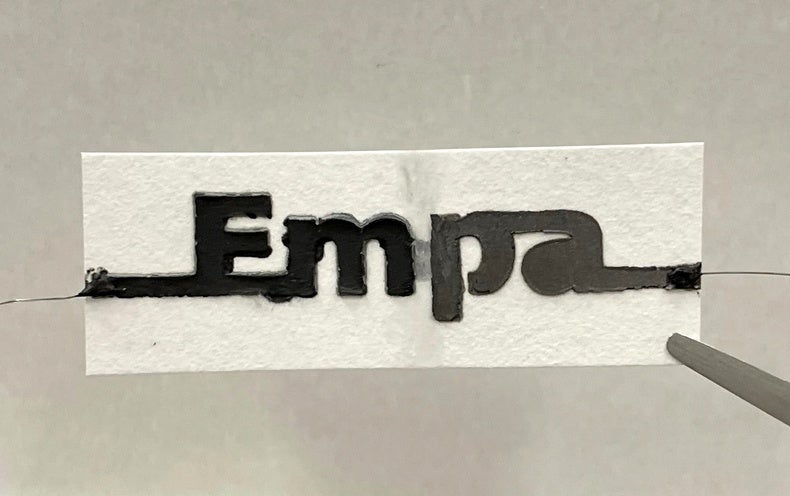 The wires, screens, and batteries that go into our devices, not to mention the plastic, metal, and other materials that cover them, fill landfills with hazardous waste. Some e-waste is relatively large: old flip phones, air conditioners, and radios, to name just a few common items. Other e-waste is more insidious, such as electronic disposable medical diagnostic kits, environmental sensors and smart labels containing disposable batteries and other equipment.

“The big problem is these little batteries,” says Dele Ogunseitan, a professor of public health at the University of California, Irvine, an environmental technology researcher and adviser to major technology companies, who was not involved in the development of the paper battery. . “No one really cares where they end up.”

Researchers from the Cellulose and Wood Materials Laboratory of the Swiss Federal Laboratory for Materials Science and Technology (Empa) are working to solve this neglected problem. This week they published an article in Scientific reports describing a new water-activated paper battery they developed from environmentally friendly materials. Such a device could eventually become a sustainable alternative to the more harmful batteries often found in low-power devices.

The new paper battery has the same basic components as standard batteries, but is packaged differently. Like a conventional chemical battery, it has a positively charged side called the cathode, a negatively charged side called the anode, and a conductive material called an electrolyte in between. Traditional battery components are encased in plastic and metal; in a new battery, the anode and cathode are inks printed on the front and back of a sheet of paper. This paper is saturated with salt, which dissolves when the paper is moistened with water. The resulting salt water solution acts as an electrolyte.

Sustainable materials were a prerequisite for the researchers, who considered only non-toxic and abundant ingredients to create their device. “We were pretty confident that we would get something that would work in the end, but the development of these materials and ink systems is far from trivial,” says Gustav Nyström, head of the Cellulose and Wood Materials Laboratory and senior author of the study. After trying hundreds of formulations for different components, the scientists settled on graphite ink to make the cathode, zinc ink to make the anode, and salt-soaked paper to make the electrolyte. When the paper is dry, the battery is kept stable. Add just a couple of drops of water, however, and the embedded salt dissolves, allowing the electrons to flow. After moistening the paper, it takes about 20 seconds for the battery to activate. At this point, it produces a steady 1.2 volts of electricity until the paper dries. (For comparison, an AA battery provides 1.5 volts.) When the researchers wet the paper again, the battery produced 0.5 volts for more than an hour.

Although the researchers demonstrated that their battery could power an alarm clock, disposable paper batteries are unlikely to replace the standard AAs on store shelves. Instead, Nyström envisions a future in which these batteries are embedded in diagnostic tests and environmental sensors, ideally with other sustainable components such as screens and packaging. That future may not be so far off.

It’s hard to predict a timeline for producing such products at scale, but Nyström says he’s in contact with potential industry partners and believes these batteries could make their way into production within the next two to five years. “The performance that you’re seeing in this device, I think, is already sufficient for many of these applications,” he says. It’s mostly a matter of scaling up production and integrating batteries into systems like diagnostic tests and environmental sensors.

Importantly, Nyström says his team created the battery without compromising sustainability criteria. “It’s work that really starts with developing sustainable materials,” he explains. From there, he says, “I think we were able to create something very useful.”