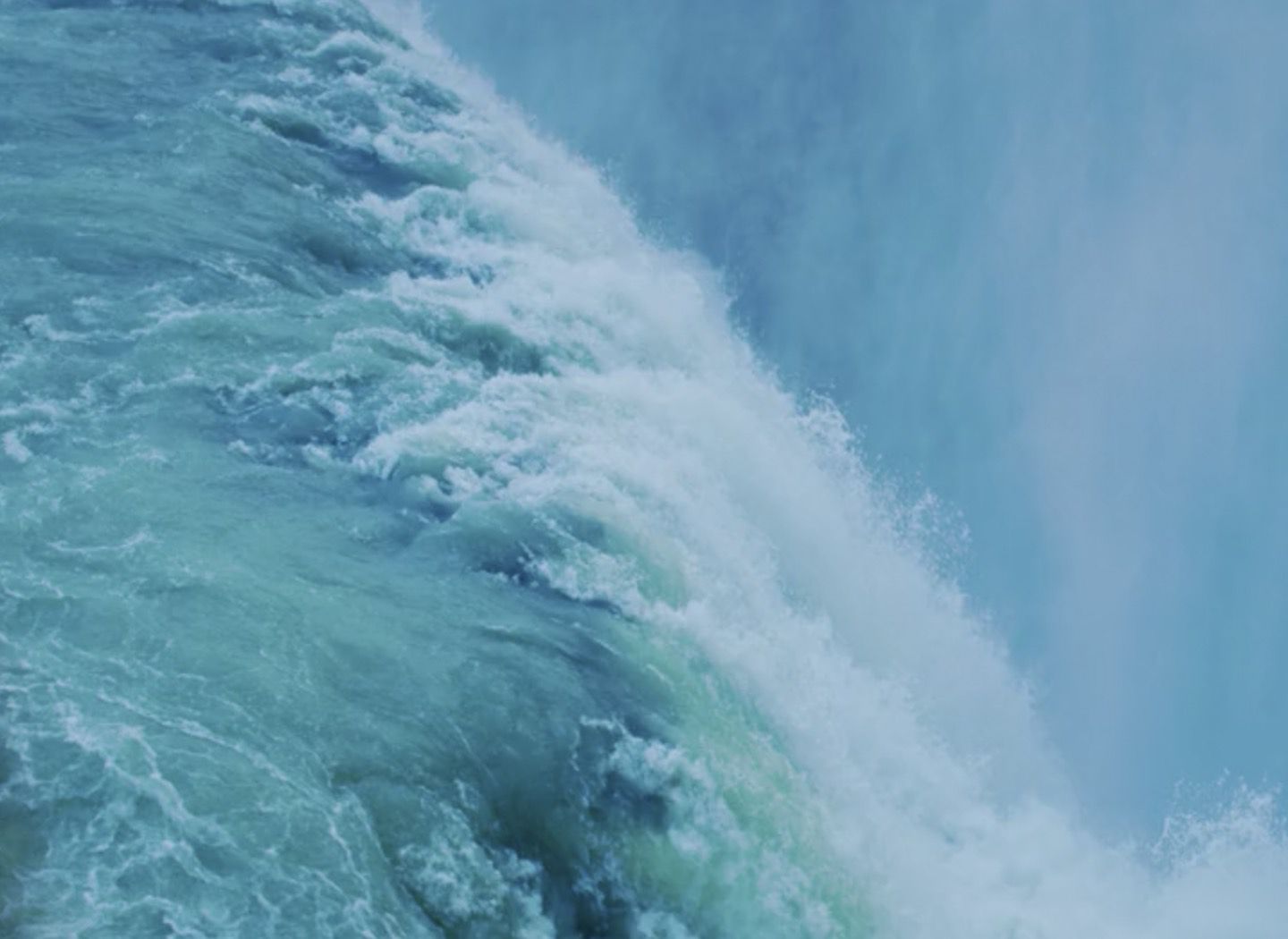 Mullah Nasruddin was tired of a strange illness from which he had been suffering for some time. No specialist could even figure out what was wrong with him, let alone treat it. Finally, one day the doctor called him into the office.

“I’m sorry my friend,” he said, “I’ve gone through your reports and I have some bad news for you.”
The mule nodded no less expectantly, but also anxiously.
“You have been diagnosed with a rare incurable disease,” said the doctor.
“Oh, thank God,” exclaimed Mullah. “I thought you were going to tell me you didn’t find anything.”

It’s quite an unpleasant feeling when you know something is causing you pain, but no specialist can diagnose it. You are told that you are fine, while you, as a patient, suffer from this disease every day. As tests and reports come back negative, your pain is dismissed as psychosomatic or simply paranoia.

The journey of self-realization is no different. As you read on, you’ll see what I mean. Here are the six steps to ultimate awakening as I see them:

As strange as it sounds, it always starts with a feeling of discomfort. You feel that something is wrong. You have everything, career, family, savings and whatnot, you are even happy for the most part, but something is wrong. The more you try to ignore this feeling, the more it bothers you. It’s like that kid sitting behind you in the movie theater, as soon as you start to forget everything and focus on the movie, he pushes you in the chair. It’s a great movie, you bought the ticket, the popcorn and the drinks, everyone else in the room is excited, but this kid who isn’t even yours is going to deny you the pleasure. You can scorn, stare, ignore, smile, do whatever you want, he won’t go away until you do.

As soon as you understand that the feeling of emptiness, discomfort is left, the process of diagnosis begins. Someone tells you about some method, process, guru, speaker or saint, etc. and you try it. You just want to know what is wrong with you or what you can do to erase this feeling of discomfort. You don’t want to hold it back because you’ve tried it and it doesn’t work. The same kid who kicked your seat in the lobby is now also running down the corridors of the airports you pass through. He taps the table with that fancy silverware at the restaurant you’re dining at. There is no respite.

The sad thing is that sometimes the diagnosis process can take a lifetime. If you find yourself in the hands of a charlatan, it can easily be ten years before you discover a chink in the armor. At this point in the journey, you want to know exactly what you need to do to make the discomfort go away. You want to get to the point, but everyone you meet has a different opinion.

From my observations and experience, at least fifty percent of sincere seekers reach this state. Discovery begins when the diagnosis is complete and you now know what is wrong. The discomfort is still there, not much has changed, but you know what works for you and what doesn’t. You know the disease, and now that it has been diagnosed, you no longer run from pillar to post looking for a cure, for some panacea. Based on what you know now, it is quite clear to you that you have most likely discovered your truth. I say most likely because discovery itself isn’t an aha moment, it’s a process in itself. When the sun’s rays announce their descent through the windows in the morning, you begin to see the dust around. It was dusty all night, but you can only see it now.

The light of truth passes through your soul and you know exactly what you need to do to purify yourself. The naughty child of the movie theater is long gone, but now the movie no longer attracts you. You think popcorn is full of carbs and your drink is unhealthy.

The revelation was supposed to set you free, but it didn’t (and doesn’t set you free). Mistaking this stage of discovery for the realization of truth, most seekers stop there. No doubt they have found the source of the discomfort, made an accurate diagnosis, and found a solution, but just joining the gym will not lead to excellent health. You have to exercise and watch what you eat. Also, the process of learning the truth and practicing it with love, compassion, humility, and altruism is a lifetime’s work.

After the discovery, there is a short phase of euphoria, when the seeker feels that he has understood everything. But soon the truth rises to the top like cream in poorly prepared and microwaved milk coffee. It’s not pretty and it’s not tasteful. You don’t know what to do with it. Leave it and it will stick to the inside of the cup, making an ugly sight.

This phase of disappointment is one of the most remarkable periods in the life of any seeker. You come out stronger, clearer, wiser and humbled. You realize that what you knew may have felt right to you at the time, but just because you liked it doesn’t mean it was actually right for you. The insight you gain during a period of frustration causes a deep and lasting transformation in you.

A child in a hall or a restaurant does not bother you, because you are completely immersed in your inner world. Many thoughts and feelings continuously cross each other’s path. But in some paradoxical way this violent storm is calming because it will uproot everything that has not been firmly grounded. It will throw everything and test the strength of your moral, spiritual and social structures. Once that passes, things will look very different.

Many seekers at this stage revert to their old ways, completely condemning everything they have learned and equating it to brainwashing in cults, etc. They see their journey to self-knowledge as a mistake or an experience. The new narrative is more in line with conventional thinking. Everything returned to normal. They no longer have an itch they can’t scratch. Pray or not, meditate or not, just live and move on.

But not every researcher makes the same choice. Few realize that just because they dug the wrong well doesn’t mean the world has run out of fresh water.

This reminds me of the four defects of natural awareness as stated in Mahamudra (translated by Ken McLeod in A shot in the heart).

Get too close and you won’t see the whole thing, only part of it. Go too far and you see the whole but cannot appreciate how the parts hold the whole together. This should be the right distance.

The wisdom gained from disappointment invariably guides, if not pushes, the determined aspirant to the next step.

Now you have truly found your way. It is irreversible. You exist peacefully in the midst of contradictions and disagreements. Your faith at this stage is unshakable, you have gone through all that you have studied and come to the conclusion that you are more than the sum of all that you have thought and done.

This is not joy or celebration of victory. Instead, it’s the fundamental understanding that you don’t run races just to win a trophy, you run because you love to run. You run because of the thrill you get when you put on your running shoes and hit the track. You’re no longer doing it to get through the paces or get approved. And you do not return to the previous painful path. Anyway, your determination is now as quiet as the Himalayas. It is clear that there will be snow, hail and rain, storms will rage, avalanches will occur, but they will happen on the surface. They don’t move you, much less remove you.

It’s a lifetime commitment. Gandhi, Mandela, Buddha, Einstein and many others found it. Those who remain steadfast move toward the end result.

Liberation is in some ways similar to money. You can work for it, but you can’t run after it. It will rob you of all joy. If you care about the journey and go diligently, liberation is not that far away. It’s just around the corner (like the opening, so be careful).

What happens at this stage is something remarkable. That is, you change, the world around you will change, your priorities and worldview will change, but the real you will, as it were, become unchanged. What I mean is that, firmly established in your truth and beauty, you watch the world pass by like the mountains watch the seasons: in silence.

You, as the main viewer, are no longer bothered by noisy children or raging storms. Full of life, you are likely to be even more rambunctious than the most naughty children. In addition, you have found within yourself boundless stability, humility, love and compassion. You can be still like a mountain or move like any stream, either way, you will remain fully conscious. Just as sweet water flows from salty oceans and turns into rain clouds, everything you touch becomes sweeter.

All it takes to start is a feeling of discomfort. When this happens, you are ready to embark on the most important journey of your life. And when you’re sure you’ve found your truth, just give it time. Let the fireworks end, let the smoke settle, let the night die down. If you continue your journey, you will change not only yourself, but also everyone who meets your path, if only for a little while.

Between discomfort and deliverance stands yours fate. Demand, write. For those who do not show courage and competence to scribble their destiny, Providence accidentally hands one.