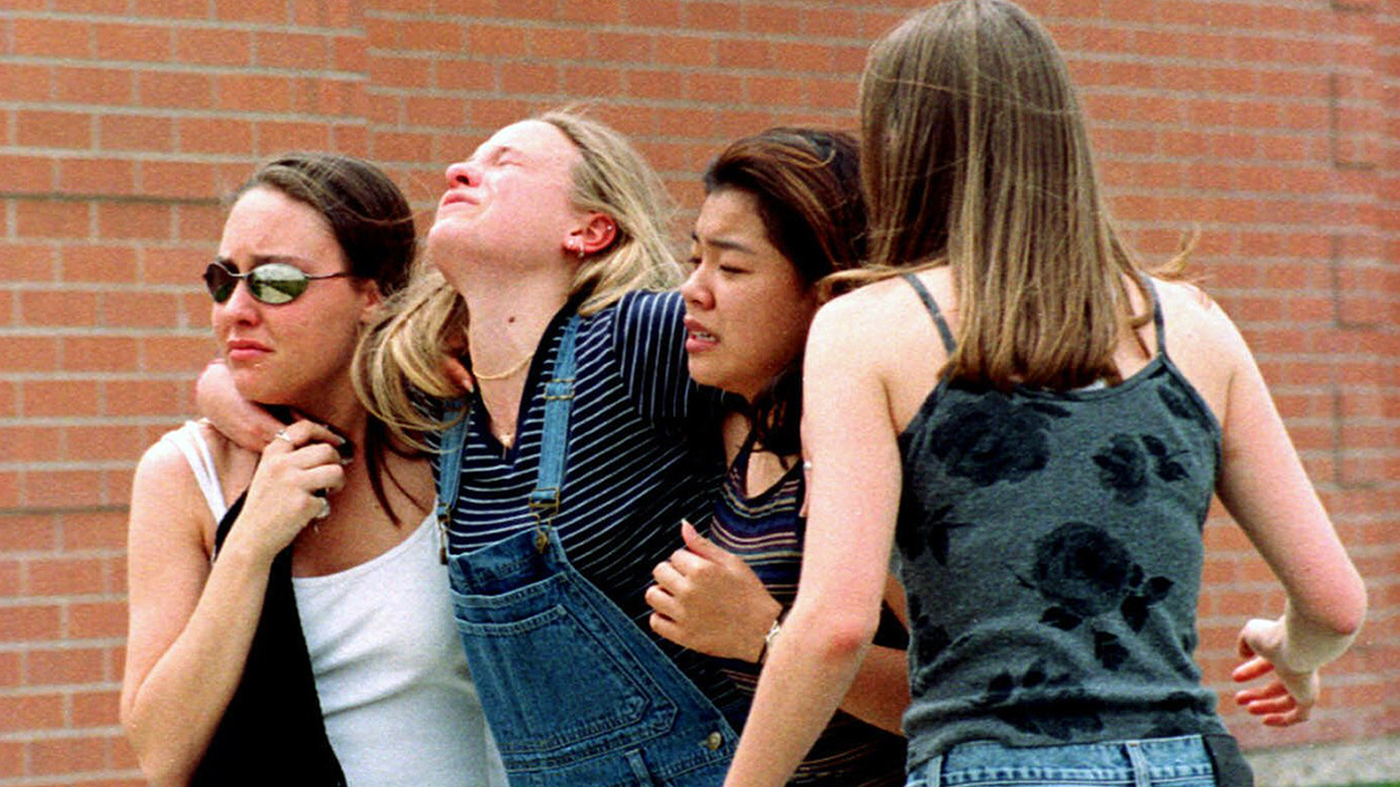 In this April 20, 1999 photo, the women are heading to a library near Columbine High School, from where students and faculty were evacuated after two gunmen opened fire at a school in the Denver suburb of Littleton, Kahlo.

In this April 20, 1999 photo, the women are heading to a library near Columbine High School, from where students and faculty were evacuated after two gunmen opened fire at a school in the Denver suburb of Littleton, Kahlo.

The tragedies in their schools occurred a decade apart, but two survived Margery Stoneman Douglas High School and shootings at Columbine High School on Tuesday united in their outrage.

Both shared their disgust at the fact that even years after the shooting, no changes were made to their schools to combat gun violence in America.

Craig Nason was a Columbine student where 12 students and one teacher were killed by two gunmen. It was one of the deadliest schools shootings in U.S. history.

Nason, who now has a son in college, wrote in a tweet“This is America. There is no end in sight to the ongoing cadence of gun violence that we don’t seem to want to talk to. A reality my colleagues could not have imagined on our worst day in April 1999.”

This year alone, there have been 27 school shootings in the United States Education Week data.

And it happens in just 10 days after the shooting at the Tops supermarket in Buffalo, New York, killing 10 people.

He tweeted“We need to do something. We know what we disagree on, we need to focus on what we can and do it, even if it’s not enough. No more debates, thoughts and prayers. We need bipartisan action.”

Hogg helped organize the March for Our Lives as well rally demand gun control legislation after the shooting at their school.

He continued his tweet, mysteriously writing, “We will do something. Stay tuned. I need to make a few calls. “