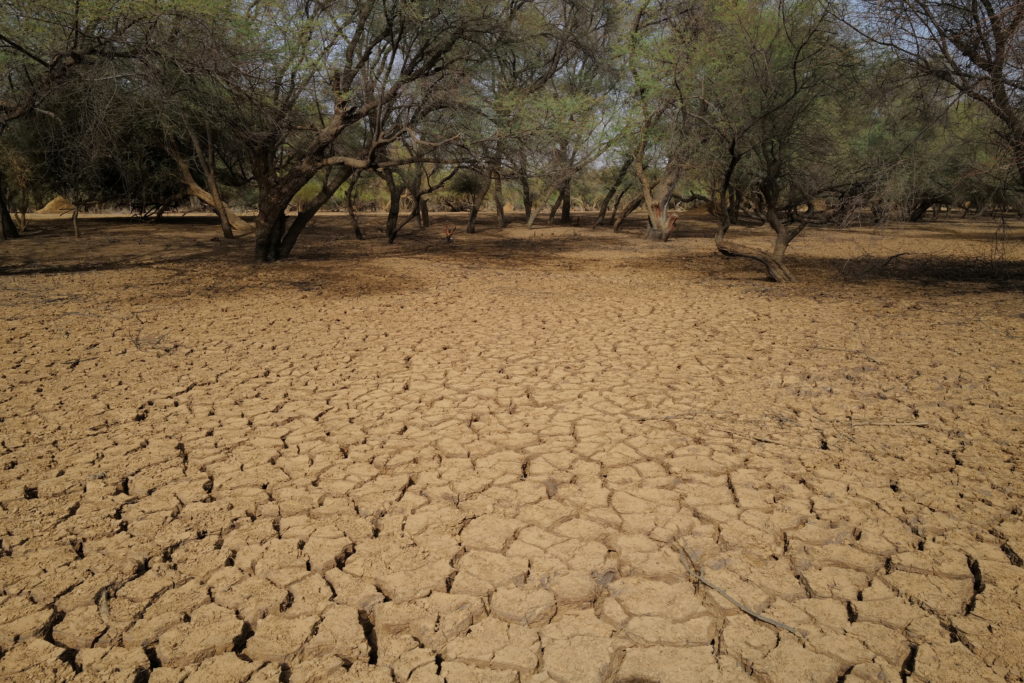 Ouagadougou, Burkina Faso (AP) – A number of complex issues, including lack of funding and political will, as well as growing dangers associated with al Qaeda extremist groups and Islamic State in Burkina Faso, hinder progress in building the Great Green Wall in Africa, say experts involved in the initiative.

The project, which plans to build 8,000 kilometers (4,970 miles) of forest in 11 countries across Africa, has made some modest progress to contain the ever-growing Sahara Desert and combat the effects of climate change, but many are calling for a resumption of an impetus to combat both insecurity and environmental degradation.

Only 4 million hectares (9.9 million acres) of land have been afforested since work on the Green Wall began 15 years ago – just 4 percent of the program’s ultimate goal.

Adama Dulcom, coordinator of the Great Green Wall for the Sahara and the Sahel Initiative in Burkina Faso, said political instability and security concerns were significantly hampering progress in nearly 4,000 villages across the country.

“Terrorist acts in the affected regions have forced the population to disperse. This restricts the movement of people, which makes it difficult for us to directly monitor actions on the ground, which can lead to difficulties in creating improvements in certain areas, ”Dulcom said.

Over the past three years, the Sahel Burkinabe, northern and eastern regions have become inaccessible. Much of the Sahelian region destined for the Green Wall is fraught with security concerns, and all of this has affected efforts in Sudan, Ethiopia, Mali, Chad, Niger and Nigeria.

READ MORE: 50 countries promise to protect 30 percent of land and sea by 2030

The UN Desertification Agency said the plan has several additional challenges that need to be addressed, such as weak high-level political support, weak organizational structures, lack of coordination and funding, and a lack of focus on national environmental priorities.

A large green wall featured at the UN agency a two-week summit in Abidjan, Côte d’Ivoire, which ended on Friday. Desertification, which has a serious impact on food production and safety, is exacerbated by climate change and agricultural activities.

First proposed in 2005, the program aims to plant forests from Senegal in the Atlantic Ocean in the west to Eritrea, Ethiopia and Djibouti in the east. It is hoped that this initiative will create millions of green jobs in rural Africa, reduce climate-related migration in the region and capture hundreds of millions of tons of carbon dioxide from the atmosphere. Several countries are struggling to keep up with the requirements of the project, in particular Mali, Nigeria, Djibouti and Mauritania are lagging behind.

The UN Desertification Agency says up to 45 percent of Africa’s land has been affected by desertification, making it more vulnerable than any other continent. Agency director Ibrahim Tiau believes that this could have many negative consequences for the surrounding communities, including security issues.

“By rebuilding the land, you are reducing conflicts and irregular migration. There is a connection between land reclamation and irregular migration, ”Ibrahim Thaw said. “Land reclamation is a regrettable option, as any effort to restore soil health, replenish natural capital and restore land health will bring benefits that far outweigh the costs.”

“We are now calling for such a program to be accelerated so that farmers, livestock breeders, local communities and women can join it,” he added.

Despite many setbacks, those involved in the project remain optimistic. Great Green Wall coordinator Elvis Tangham told the Associated Press that while the conflict has slowed the project, it has also opened up new opportunities.

“It started as an environmental project, but the dynamics of the region forced us to go beyond the environmental aspects of the project and take on immediate community issues such as conflict resolution, peacebuilding, youth development, women’s empowerment and rural development, especially among farmers and farmers.” He said.

In recent years, some progress has been made in the east of the continent, according to the program’s coordination office in Addis Ababa.

Eritrea, Ethiopia and Sudan have expanded their efforts, with 5.5 billion seedlings produced in Ethiopia, resulting in thousands of hectares of restored land as well as an increase in jobs. Efforts in Eritrea and Sudan have also resulted in nearly 140,000 hectares (346,000 acres) of afforestation.

“In terms of measurable stages of recovery on the ground, Niger is far ahead of most countries with significant public awareness and is contributing to reforestation at all levels,” said Tabi Joda, Ambassador of the Great Green Wall. “More communities take the initiative and take the initiative through their own community-driven decisions.”

Joda, who is leading the youth mobilization for the project, noted that the scheme has received strong support from the governments of Senegal and Nigeria.

The World Resources Institute estimates that $ 36 billion to $ 43 billion will be needed to implement the Green Wall by 2030. The African Development Bank has pledged about $ 6.5 billion to build the wall by 2025 during a UN climate conference last November following efforts led by France in early 2021 that allocated $ 14.5 billion to the project, well below WRI assessment.

“Investments need to be deliberate to provide opportunities that create the right dose of green jobs needed by a critical mass of youth and communities vulnerable to irregular migration and violence due to competition for limited resources caused by land degradation,” Tabi Joda said.