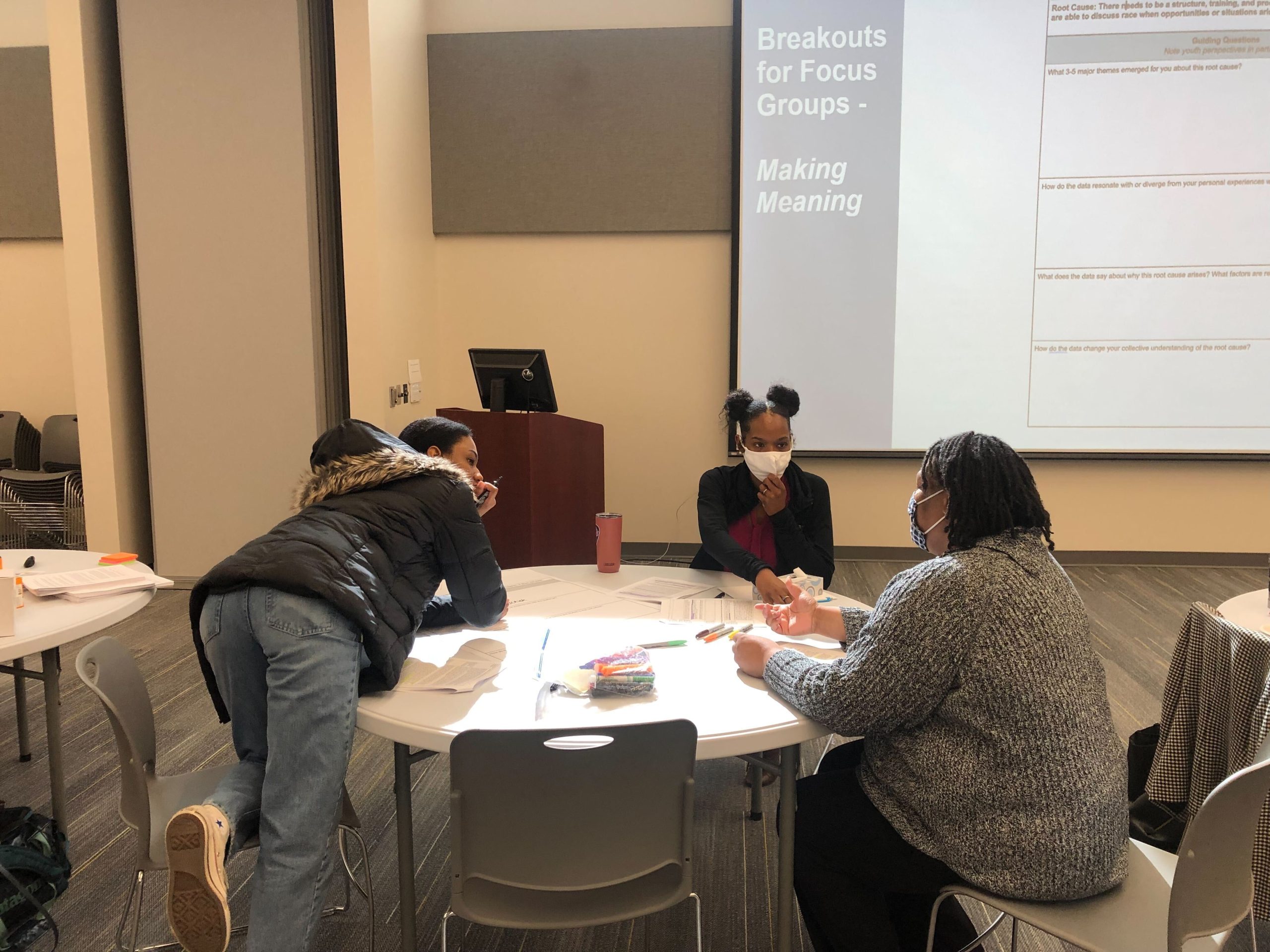 Editor’s note: This story kicks off this week’s Future of Learning newsletter, delivered free to subscribers’ inboxes every other Wednesday, with trends and top news about educational innovation. Subscribe today!

“What is your most pressing task right now?”

That was the question Kim Smith, then executive director of the Digital Promise League of Innovative Schools, asked 250 district leaders and educators at one of the organization’s meetings months before the pandemic.

Attendees were asked to answer using a word cloud. Smith remembers looking at the screen in front of the ballroom as the answers came in, and one word stood out: justice.

After hearing that equity was the number one issue facing districts participating in the League, a national network of school leaders, it became clear to Smith that inclusion could not be an addition to existing programs, they had to be specifically designed to be inclusive.

“We need to invest as organizations [in an] efforts that will allow us to really focus on projects, initiatives, issues and research that really focus on this idea of ​​inclusive innovation,” Smith said in an interview.

Smith said she and her colleagues at Digital Promise realized they needed a way to formally support districts “all the way from the system to the classroom” to advance their work.

In October 2020, Digital Promise launched the Center for Inclusive Innovation to create such support. Smith, now Chief Inclusive Innovation Officer at Digital Promise, co-leads the center. In her letter announcing the new effort, Smith wrote that the center will focus on creating and exploring “models, tools, programs and products that are created and support the needs, interests and dreams of Black, Brown and Indigenous peoples. students and families.”

Last year, the center selected several districts across the country to pilot four projects: improving reading and writing for black, Hispanic, and low-income students; developing a diverse education pipeline designed by teachers of color; creating professional development resources that help educators engage students in conversations and actions about racial justice; and helping districts develop a comprehensive, inclusive strategy to alleviate a local problem of their choice. The work of the center involves not only students and teachers, but in some cases also local grassroots groups and other public partners.

Some pilot programs are nearing completion, such as improving reading and writing. The center selected two districts for the project: Socorro Independent School District in El Paso, Texas, and Sunnyside Unified School District in Tucson, Arizona.

The Sunnyside district, where about 90 percent of students are Hispanic, signed up at the start of the pandemic after finding many of its ninth-graders were struggling with the demands of the state’s recently adopted social studies standards. Frank McCormick, the district’s social studies coordinator at the time, said these inquiry-based standards were a radical shift from the content-based standards most students and teachers were used to. There was a much greater emphasis on critical thinking and researching primary sources.

“Consistently, quarter after quarter, we see that ninth grade has been the level that has struggled the most with getting students to even pass the writing,” McCormick said. The center’s pilot program “seemed like a really good partnership because it would allow us to really dig deeper into this question to really try to figure out why ninth graders have such a hard time with inquiry-based writing.”

McCormick, who was one of the leaders in the district’s collaboration with the center, said that the pilot project started slowly because of the pandemic, but when it finally launched in 2021, students were involved in the process from the beginning, and this factor is important. emphasized the leaders of the district and the center. Students participated in all stages of the work, from examining the root cause of writing problems to developing possible solutions.

“They’re very careful about having a student voice,” McCormick said of the center’s model.

Before the center began, Smith and others at Digital Promise wrote a the report details how to develop an inclusive innovation model at scale. In it, they explain that “inclusive innovation” unfolds through five stages: connect and commit, inquire and explore, design and develop, implement and iterate, and sustain and scale.

In June, Sunnyside completed the development phase of its project, the third of five phases. And the students were a big part of the program. A team of students from the district’s career and technical education program spent a month working as paid interns to develop three prototype solution models that the district hopes to pilot with teachers in the fall. The students, who plan to pursue careers in teaching, worked on the project with leaders from the center and district, such as McCormick.

Other pilots elsewhere in the country are also moving forward. For example, the Bristol School District in Pennsylvania has chosen to focus on student mental health and racial trauma, while the Reynoldsburg School District in Ohio is focused on helping teachers engage in conversations about equity in the classroom, especially around race. Several other districts in Pennsylvania and Ohio are participating in multiple pilots. For example, the Middletown School District in Ohio is part of two projects: developing a pipeline for teachers of color and creating systemic change.

Sunnyside’s McCormick said he’s optimistic the impact of the writing project will linger long after the center ends its direct involvement with the district this year. The district remains a member of the League of Innovative Schools and will continue conversations with other leaders, he said. McCormick, who is now the district’s assistant superintendent of schools, said the district will try to make sure that “we have a model that is not only functional, that meets the needs of the problem statement that we’ve been looking at, but also something that can scale, that we can take ownership and develop ourselves.”

This story is about Center for Inclusive Innovation was produced The Hechinger Report, a nonprofit, independent news organization focused on inequality and innovation in education. Subscribe to Hechinger Newsletter

The Hechinger Report provides an in-depth, fact-based, unbiased report on education that is free to all readers. But this does not mean that it can be produced for free. Our work informs educators and the public about pressing issues in schools and on campuses across the country. We tell the whole story, even if the details are uncomfortable. Help us keep doing this.