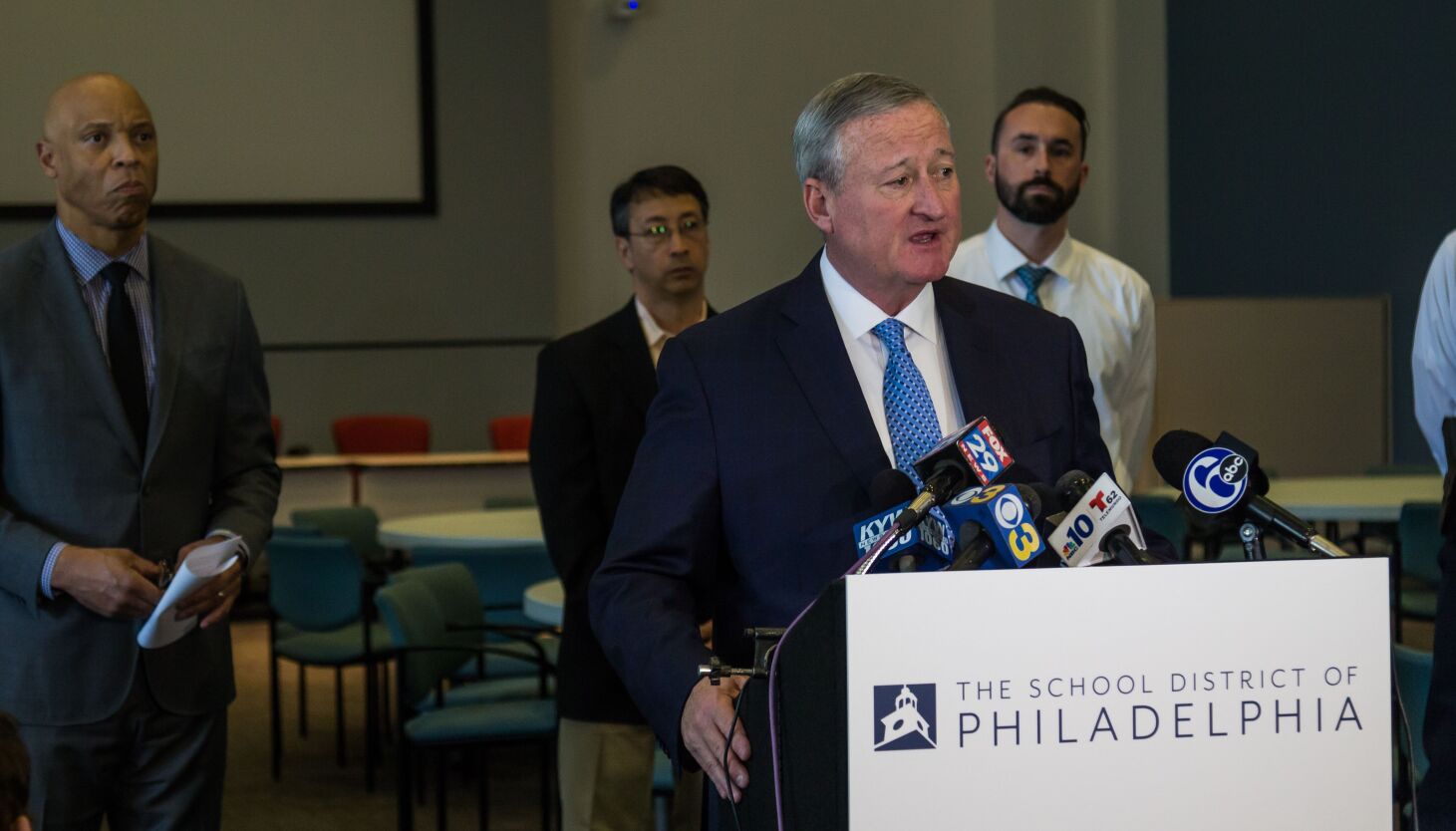 Philadelphia Mayor Jim Kenny appointed two new members of the city’s education council on Tuesday: Sarah-Ashley Andrews, a family therapist who founded the suicide prevention organization; and Chau Wing Lam, a former district administrator, father of a statutory school and an official of the Philadelphia Academy of School Principals.

They will fill vacancies on the board of nine members left after the resignations of Angela McIver and Mary McColgan. Candidates must be approved by the city council.

Since then, the council has acted with only eight members McIver’s resignation from July last year to this month, when after McColgan’s resignation only seven members remained on the board. The appointments of Kenny Andrews and Chau Wing mean there is still only one man on the board, lawyer Reginald Street.

In a statement, Kenny said they “have dedicated their careers to supporting children and families, and I know they will each make important contributions to the leadership of the Board and the Philadelphia Public Schools.”

Andrews graduated from WB Saul High School before enrolling at Bloomsburg University, where she studied mass communications before earning a degree in biblical studies, with a minor in human services at Lancaster Bible College. She also holds a Master’s degree in Counseling from Lincoln University. Now she is working on TAG is inspiringwhich provides therapeutic advice.

Andrews was previously a social worker at the Philadelphia Health Corporation, a nonprofit health organization.

After a friend died of suicide ten years ago, she founded Dare 2 Hope, which taught more than 4,500 young people consciousness and suicide prevention, according to a biography of Andrews on the TAG Inspires website.

According to the biography, she also hosts the weekly podcast “Black in Therapy”, dedicated to “normalization of mental health in the black community.”

In a statement released by City Hall, Andrews said that in addition to being a product of the school system, it is a “product of advocates who have fought for my educational opportunities” who are now “committed to educational justice for every student in Philadelphia. .

“I am concerned about how we can challenge and change unjust systems and norms, and advocate for life-changing education opportunities,” Andrews said in a statement.

Chau Wing is currently the Director of Operations Philadelphia Academy of School Principals, and spent six years working in the district in its Office of Evaluation, Research and Reporting, according to her biography on the organization’s website. The academy prepares principals to lead district, statutory and archdiocesan schools. Prior to that, she worked for Public Financial Management, advising governments on governance and budget issues.

A graduate of the University of Pennsylvania, she also worked as an assistant director at the Pennsylvania Institute for Urban Studies. She began her professional life teaching English at a high school in Japan. Her bachelor’s degree is in psychology and her master’s degree is in social policy and practice, both in Pensin.

Chow Wing is the father of a charter school, like McColgan, whom she replaces.

“Public education is the foundation of our society,” she said in a statement. Achievement in education should be measured not only by test results, she added, noting that in “high-end schools, children show hobbies, integrate learning, resolve conflicts, dream big, and most importantly, they are important.”

Chau Wing said in the board she will use her expertise in public finance, policy, leadership development and change management.

Mayor Kenny chose the nominees from a list of eight candidates recommended by the Education Nomination Board May 16. These eight were selected from 62 applications, the mayor’s office said.

The Philadelphia Board of Education is the only one in Pennsylvania that is appointed, not elected. The mayor too appoints a commission to nominate candidateswhich this year was headed by former Sozi city lawyer Pedro Tulante.

Critics of the nomination committee, including the Philadelphia Public Schools Alliance, say it lacks transparency and undermines the democratic process in Philadelphia. The organization requested the right to know the names of all 62 applicants.

Dale Mezzakopa is a senior writer at Chalkbeat Philadelphia, where she covers K-12 schools and preschool education in Philadelphia. Contact Dale at dmezzacappa@chalkbeat.org.