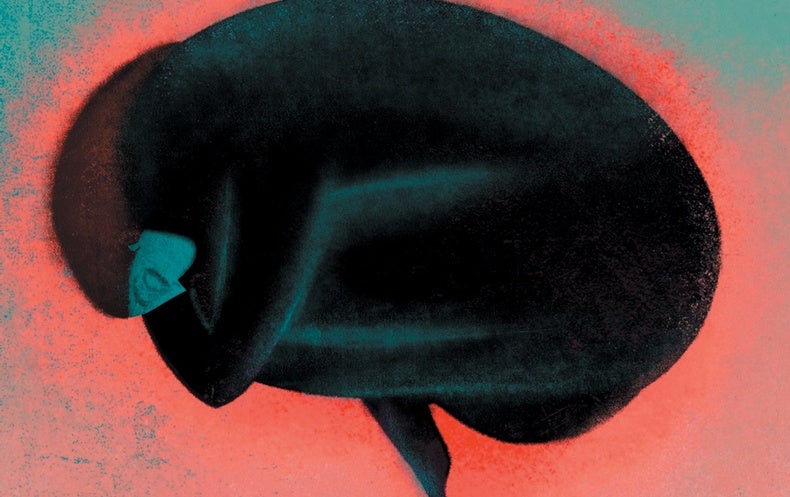 Age is the biggest risk factor for developing dementia, with the chance doubling approximately every five years after age 65. But many things affect those odds for a given person. Genetic vulnerability contributes, as do so-called modifiable risk factors such as smoking, cardiovascular disease, social isolation, and hearing and vision impairment. Some mental illnesses, especially depression and schizophrenia, have also been linked to dementia. But because depression itself can be a sign of cognitive decline, the causal relationship was a bit murky. Earlier this year data analysis from New Zealand provided the most convincing evidence to date of the association of many types of mental illness with dementia. This study raises important questions about the causes of this increased risk and what can be done to reduce it.

The study looked at the medical records of 1.7 million New Zealanders born between 1928 and 1967 and covered a 30-year period up to mid-2018. It found that people with a diagnosed mental disorder, such as anxiety disorders, depression or bipolar disorder, were four times more likely to eventually develop dementia than people without such a diagnosis. For people with psychosis such as schizophrenia, it was six times more likely. Among people who developed dementia, those with mental disorders were diagnosed an average of 5.6 years earlier.

The study did not look at biological, social or other reasons for the increased risk, but dementia research points to several possible explanations. “There may be common genetic risk factors,” suggests psychologist Leah Richmond-Ruckerd of the University of Michigan, lead author of the study. Recent studies have found some overlap between genetic markers associated with Alzheimer’s disease and markers associated with bipolar disorder and major depression. Long-term use of psychiatric medications may also play a role in the development of dementia, but Richmond-Reikerd and her coauthors do not believe it is a significant factor.

They suspect that a more significant risk factor is chronic stress associated with mental illness, which can worsen brain health over time. Animal studies as well human autopsy studies have linked chronic stress to the loss of neural connections in the hippocampus, the memory center of the brain, where Alzheimer’s disease affects. Evidence suggests that stress causes inflammation and immune dysregulation in the body and brain, affecting brain communication, says Harvard University neuroscientist and dementia researcher Stephen Arnold. “If you have fewer connections and fewer synapses because of stress, you can’t afford to lose that much as you age before it starts to show up as what we might call dementia.” In other words, people with mental illness may have less “cognitive reserve” — the capacity of the brain that is robust enough to withstand normal aging without apparent loss of function.

Richmond-Rijkerd says the vulnerability of this population may also be due to the fact that it is more difficult for them to lead healthy lifestyles physically and socially. “They may exercise less, drink excessively, or have trouble maintaining social relationships,” all of which increase the risk of developing dementia. People with certain mental illnesses tend to have higher than average smoking rates and fewer years of education, which are also risk factors.

Can a more holistic approach to treating mental illness reduce the risk of dementia? This is how the researchers are inclined. U 2020 year based on the British Lancet The Dementia Prevention Commission estimated that four out of 10 cases could be prevented or delayed if society did a better job of addressing 12 modifiable risk factors, including psychosocial factors such as depression, poor social support and low levels of education. Progress in some of these factors may explain why dementia rates have already fallen 15 percent per decade over the past 30 years in high-income countries. “We think there are two main reasons: better control of cardiovascular risk factors and a significant increase in education,” says Kenneth Lango of the University of Michigan, associate director health and retirement researchone of the main attempts to track these trends.

In an ideal world, Lango and other researchers say, efforts to prevent dementia would start in childhood with a strong investment in education and healthy habits. Such efforts will be included in the treatment of depression and other mental illnesses that often occur in adolescence and adulthood. Unfortunately, we don’t live in such a perfect world; mental illness continues to be stigmatized and undertreated. But given the high societal costs and personal tolls associated with both mental illness and dementia, it’s hard to imagine a smarter investment.