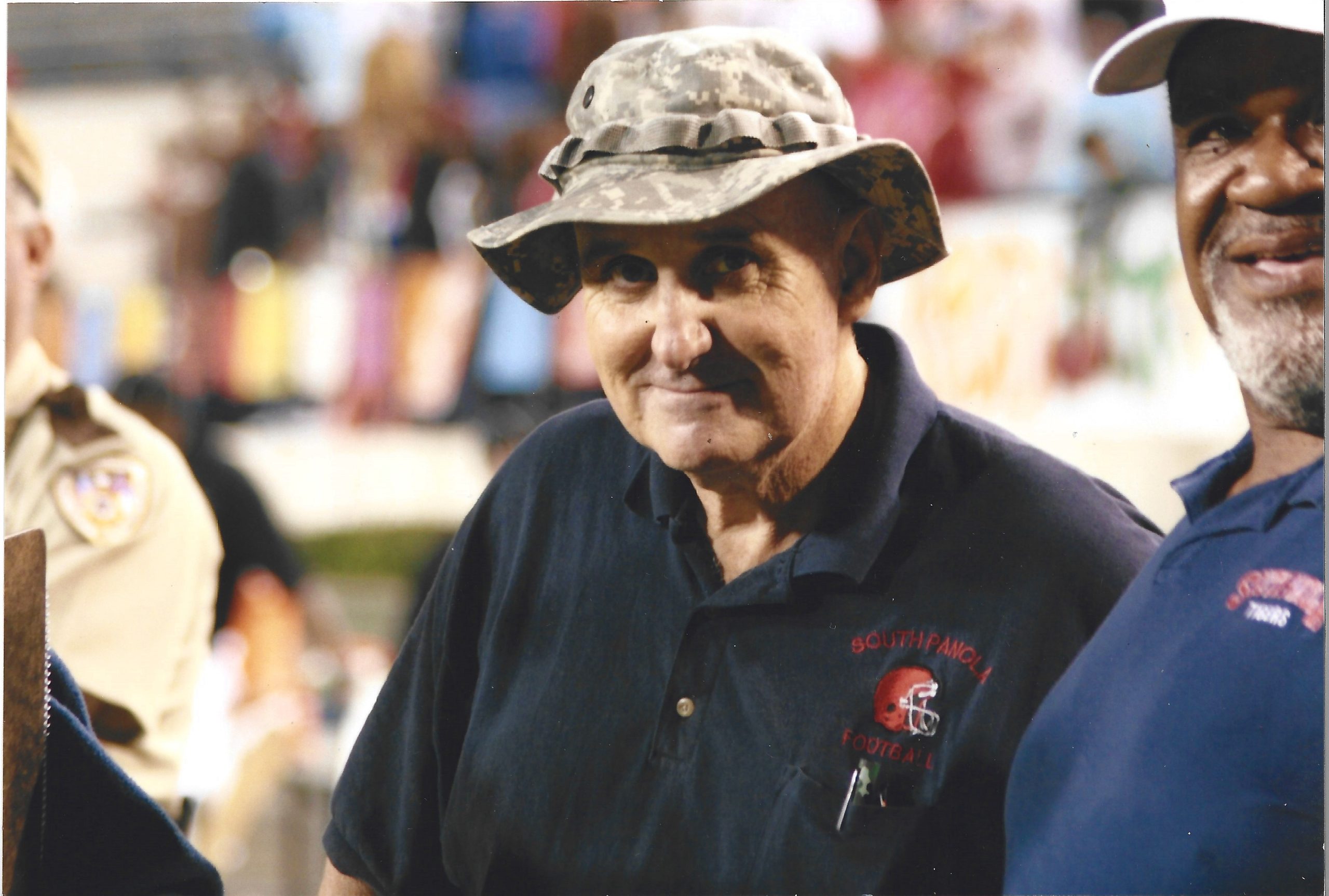 Editor’s note: On Saturday night, July 30, the Mississippi Sports Hall of Fame inducts its Class of 2022. What follows is the final part of a series detailing the achievements of the eight inductees, today featuring high school football coaching legend Willis Wright.

Perhaps it will some day be the epitaph on Willis Wright’s tombstone: “Here lies the man who created the University of South Panola.”

Wright, who should be in the first sentence of any discussion about “Mississippi’s greatest ever high school football coach,” will be inducted into the Mississippi Sports Hall of Fame Saturday night — despite his contention he doesn’t belong.

“I got no business going into that Hall of Fame with those legends,” Wright, 76, said Wednesday. “I’ll just be honest with you. I feel unworthy of this honor. I appreciate it, but I feel unworthy.”

Mike Justice, who also belongs in that “Mississippi’s greatest high school coach discussion,” puts it this way: “You can’t have that greatest coach discussion without Willis. He won at all different levels, little schools and big schools, public schools and private schools, Mississippi and Alabama. He won at eight different places. And I’ll tell you this much about him: Of all the great coaches who have come through Mississippi, Willis has the least amount of ego. Most really successful coaches have a huge ego. Willis has none.”

Justice speaks the truth. In fact, no telling how many games Wright would have won if he had remained a head coach throughout his career. He did not. In high school football, the head coach gets all the headlines. Wright didn’t care. In fact, Wright returned to South Panola at the end of his career and served two different head coaches as the defensive coordinator. Those South Panola teams, head-coached by Ricky Woods and Lance Pogue, won 75 games and lost one. You read right: 75-1.

“Yes sir, we had a run there,” Wright said. “Any coach who was a part of it will tell you, we had some out-of-this-world athletes.”

The stories are legion about the speed and power of those South Panola teams. And about how when the coaches showed up at the crack of dawn most summer mornings, the players were already waiting at the field house doors, ready to lift weights and run to get stronger and faster when they already were the strongest and fastest. Wright created that atmosphere as head coach in the early 1990s. He left South Panola in 1993 after his team finished 15-0 and out-scored opponents by an average of 30 points per game. He returned as a defensive coordinator in 2001 for six seasons, during which the South Panola Tigers were nearly always ranked among the top 10 high school teams in the USA.

“To tell you the truth, I enjoyed that more,” Wright said of his days as a defensive coordinator. “That allowed me to just coach without all the other headaches a head coach has. I didn’t sleep much as a head coach, to tell you the truth. I was too intense. The part of coaching I really enjoyed was interacting with the kids, watching tape, coming up with a plan. I loved all that – just loved it.”

Wright’s last season in coaching was Pogue’s first as head coach at South Panola. Naturally, the Tigers finished 15-0 and won the state title.

“First of all, Willis had a big hand in hiring me there,” Pogue said. “Then, he agreed to stay on and help me that first season. I saw it first-hand. He had a unique ability to motivate kids in a quiet, humble way. When you get right down to it, he created the whole South Panola thing and then helped sustain it. Even after he retired, he was still a big part of it.”

Once, when this writer was covering a South Panola game during Wright’s time as defensive coordinator, he coached the entire game with a fishing lure hanging out of the pocket of his shirt.

Asked about it afterward, Wright looked down sheepishly to see the lure and said he had come straight from the lake to the football game and had forgotten about the lure.

Said Pogue, “Willis told me one time he was passionate about three things: crappie fishing, eating and coaching football. I’m here to tell you he was really, really good at all three.”

Wright later played for Winona and earned a football scholarship to Holmes Community College. But his father died about that time, “and I had Daddy’s cows to take care of,” he said. “There wasn’t time to play football.”

And so he did. In the early 1980s, when he was winning state championships at Starkville, Wright was approached by Emory Bellard about joining his staff at Mississippi State. That never happened. Said Wright, “I think I knew down deep that I was a high school coach. I was just smart enough to realize I was doing exactly what I needed to be doing.”

Yes, and few, if any, have ever done it better.