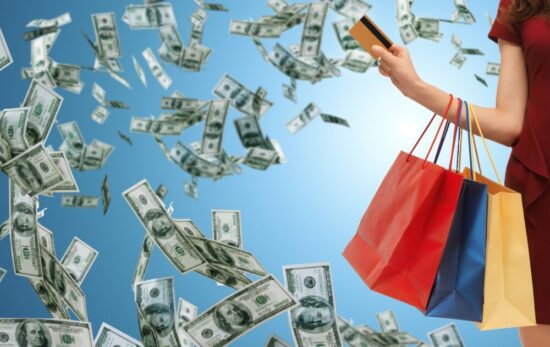 Most people realize that most of a person’s income is often spent over a lifetime, especially in low- and middle-income families. However, the exact amount people send for all their needs and expenses is staggering when you add it all up. If you’re wondering, “How much money does the average American spend in a lifetime?” here’s what you need to know.

Can you pinpoint how much the average American spends in a lifetime?

Generally speaking, you can’t get an exact number that reflects how much the average American will spend over a lifetime. First, it is very important to understand that the cost level changes every year. Savings and spending rates vary depending on economic factors. For example, issues such as inflation, deflation, and changing interest rates can cause people to change their spending or saving habits.

Costs also change with a person’s age. At a young age, adults usually earn less because they are not suitable for higher paying jobs. As education or experience increases, salaries typically increase, which can change costs.

In addition, certain conditions affect spending patterns. For example, having a baby can lead to more expenses. Retiring and ending some savings can also lead to changes in spending habits. And since all of this is affected by economic shifts, costs can change dramatically over time.

Finally, costs are usually analyzed at the household rather than individual level. Because households may have one, two, or more wage earners, this can significantly change the level of individual spending.

As a result, getting an accurate figure for how much the average American spends over a lifetime is nearly impossible. However, you can use the data to get some smart insights.

How Much the Average American Spends in a Lifetime: An Estimate

If you want to get a reasonable estimate of how much Americans spend over a lifetime, you can use some information as a guide. By examining consumer spending figures and typical life expectancy, you can come up with a number based on current economic conditions.

As of 2020, the average annual consumer spending on a household in the US was $61,334. With an average life expectancy 76.6 years old – minus 18 years before reaching adulthood – you can estimate that the average amount a family will spend over a lifetime is about $3.6 million. Excluding 18 years of age, that figure is closer to $4.7 million.

However, these figures do not take into account inflation or wage growth. As a result, this is only a general baseline, as these influences will eventually change the cost amounts, especially over 70-80 years.

Were you surprised how much money the average American spends in a lifetime? Does the number seem relatively accurate? Do you think inflation will change the number? Share your thoughts in the comments below.

Get back to what you love! Dollardig.com is the most trusted cashback site on the internet. Just sign up, click, shop and get a full refund!